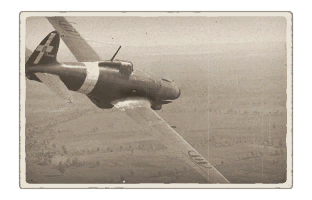 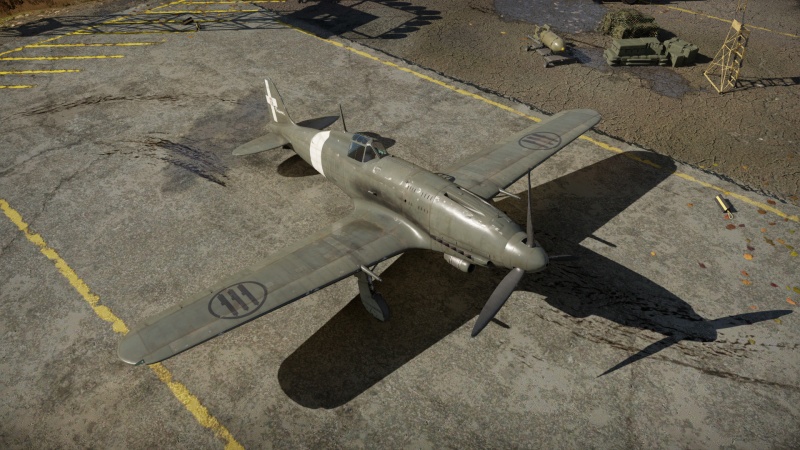 The C.205N2 belongs to the select few planes who are good for Boom and Zoom as well as turnfighting, it is an extremely balanced multi-role aircraft. It should be played neither at low altitude nor at high altitude, but in-between at medium altitude. It has no problem dealing with all other fighters at its BR, due to its ability to retain energy well. It can hold its own against Bf 109s, Fw 190s and P-51s. It can fight well against Spitfires (with some skill on the pilot's part).

The C.205N2 was a further development of the C.205V Veltro, Macchi engineers tried to perfect the C.205V design and they developed the "Orione" variant with 2 different prototypes: the new variants got increased firepower and high-altitude performance. To achieve this, the engineers made the fuselage longer and increased the wingspan of the aircraft and in the second prototype they have adapted the fuselage for a 20 mm cannon within the engine shaft. 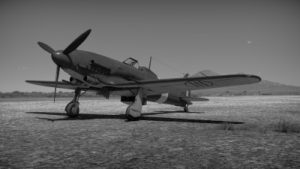 The first prototype C.205N1 (MM.499) flew on 1 November 1942 by Guido Carestiato to be later sent to Guidonia Experimental Centre for official evaluation in a fighter competition. After it, the Macchi engineers built the second variant: the C.205N2 (MM.500) was flown 19 May 1943 by Lonate Pozzolo, later also flying to Guidonia for military acceptance testing.

However, as the war in the Mediterranean was drawing to a close and resources dwindling, the project failed to influence the outcome of the war as it never left prototype stage.