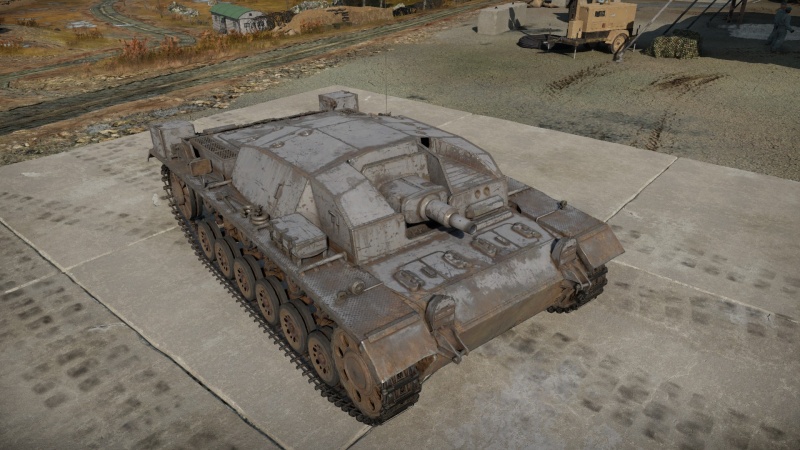 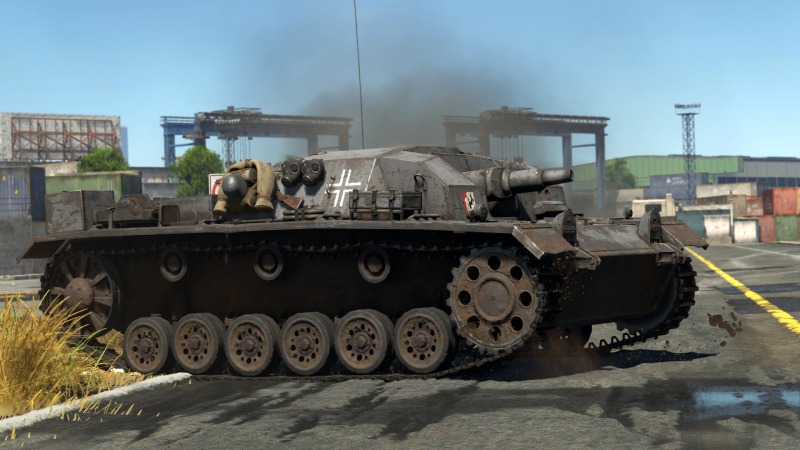 The Sturmgeschütz III Ausf. A (German armoury designation: Sd.Kfz. 142) is a rank I German tank destroyer with a battle rating of 2.3 (AB/RB/SB). It was introduced during the Closed Beta Test for Ground Forces before Update 1.41.

The StuG III A is the beginning of the StuG III line and the first enclosed tank destroyer for the German tree. It presents the same 75 mm gun as on the early Panzer IVs. 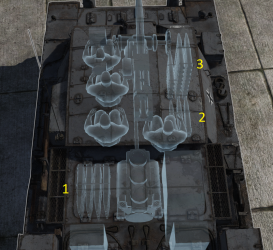 Ammo racks of the StuG III A

The StuG's AP shell can deal with many opponents at its rank. It has devastating when used on the many light tanks at Rank I, whilst your frontal armour can hold a lot of their shells. The front of a StuG III A is not invulnerable however, so you must be cautious as to which enemies you expose yourself to.

Do not use HE, it lacks the penetration of the HEAT and AP, and the explosive force of higher rank howitzers, such as the Sturmhaubitze and KV-2 have. The HEAT round is an excellent tool for sniping whilst even more important, cracking British heavy tanks, with both the Valentines and the Matilda not having enough armour to hold a HEAT projectile. Aim for their turrets, and you can easily destroy them in one shot, both being too slow and cumbersome to make use of your low-velocity cannon. HEAT rounds should be your main choice of ammo once you have researched it.

Due to the StuG III being made from the Panzer III chassis, this tank destroyer inherited its brilliant speed and mobility. This either makes it perfect at "shoot-and-scoot" tactics (i.e. destroying a tank then changing position) or flanking/head-on attacks, where your mobility can make you a hard target to hit. While the StuG series lacks a turret, it can turn on the spot very fast and has a decent gun arc, providing you have cover or able teammates which can negate the lack of a turret with the track traverse.

Overall, the StuG III A is an early devastating tank to face, with its pros outweigh its cons. The lack of turret is overlooked when the combination of HEAT rounds, fast mobility, quick reload, and decent armour comes into play.