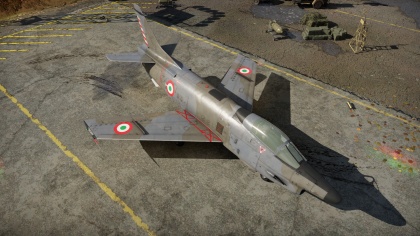 The G.91 YS while lacking in the supersonic flight department is a feisty little fellow which can still hold its own in an air-to-air combat role. The dual autocannons can make quick work of any head-on attacks provided the pilot gets out of the way of incoming bullets in return. AIM-9B Sidewinder missiles prove themselves very effective especially against slower targets such as bombers and helicopters but are a bit more difficult to achieve success against other fighters due to their ability to pull high-g manoeuvres and break the missile lock and avoid them.

The G.91 YS is a very good Boom & Zoom fighter, the only issue is confronting other jets with afterburner capabilities which make your Boom & Zoom attempt more difficult. The G.91 has a lower turn speed than the other G.91's (swapped for acceleration and a little bit more speed) it is also two high power engine's, making it possible to return to base on one engine or even fight like that if you want. Sadly the G.91 isn't supersonic but it can get close in a steep dive, making it one of the best trans-sonic jets ever made! 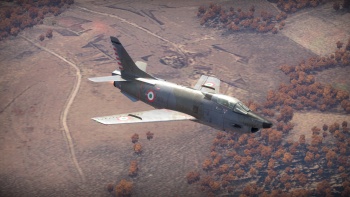 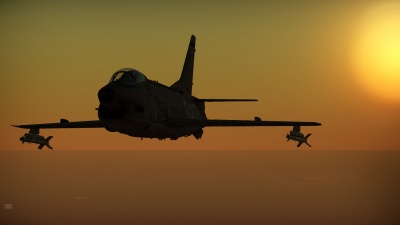 G.91 YS fighter with the sun setting behind it.

The YS has a lot of power and energy potential, keep that in mind before going into battle. To add to this fighters punch, it also utilises AIM 9B missiles and in capable hands, this fighter can be a monster on the battlefield. The YS also has the capability of mounting 76 x FFAR Mighty Mouse rockets which provide the potential of low-altitude Boom & Zooming on trucks, anti-aircraft artillery, light tanks and even enemy fighters attempting an airfield capture, though this does not come without a cost. When dropping in low on ground targets, the fighter sacrifices its speed and manoeuvrability for that ordinance. The YS also can outfit a few bombs so the YS can then be used as a base bomber following up by attacking enemy fighters, but even still it isn't always reliable and can be easily intercepted from any other supersonic fighter jets patrolling the area.

Your biggest threats will be F-4C's, Mig 19S/PT, F-100D, Mitsubishi T2, J-6A, J-7II, Hunter F.6, mainly because they have superior speed and ordinance, The Hunter is probably the best-matched jet to the G.91 YS. The only top tier jet which should not be too much of a pain is the Super Mystere B2, and F-86K because they have limited speed and slow acceleration compared and will never win in a vertical climb against the G.91 YS. 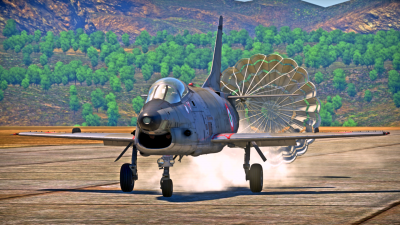 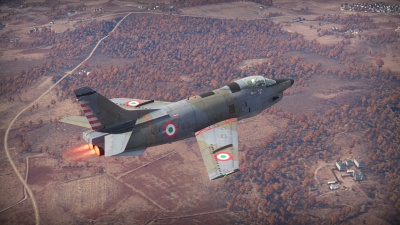 Additionally, the aircraft's fuselage and wings were enlarged to accommodate for the bigger powerplant and improve handling characteristics, while a slew of other tweaks and upgrades further enhanced the aircraft's overall design. The new G.91Y performed its maiden flight in December 1966. Testing revealed minor aerodynamic issues which would be resolved on subsequent production aircraft with only minor redesigns.