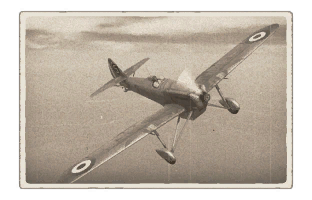 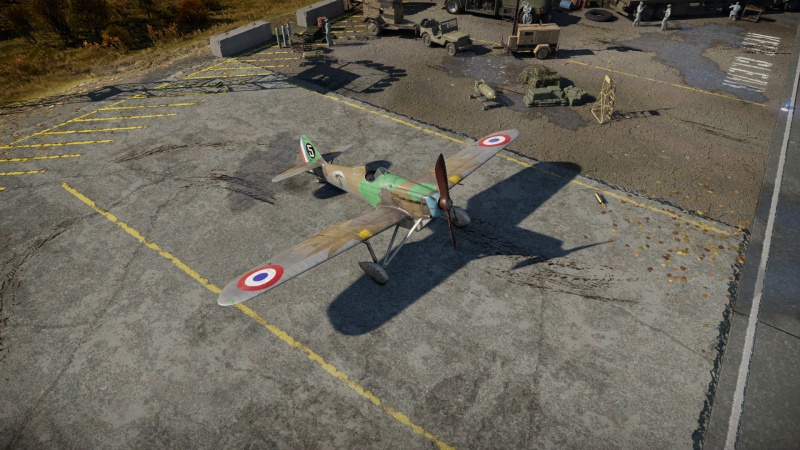 The D.501 is an all-metal mono-wing aircraft with an open cockpit and fixed landing gear. Built in the mid 1930’s, it was one of the main French fighter aircraft until it was replaced by Morane-Saulnier M.S.406 aircraft in 1939. When playing SB (or AB and RB in cockpit view) this aircraft offers excellent visibility, only limited by the position of the wings. This aircraft has 600 rounds of ammunition between two machine guns and 60 rounds of 20 mm ammunition. This aircraft can really do some damage when gun convergence is set between 250 and 350 meters.

The D.501 is a French fighter which can be utilized for air-to-air combat or ground attack on light ground units (armoured vehicles and mobile AAA units). Good speed and manoeuvrability allows this aircraft to use its rudder and ailerons to roll, turn and manoeuvre out of tight spots. When going after ground units, this aircraft can make an attack and then loop up and back over down onto remaining targets with ease. The 20 mm cannon adds an extra punch which many early aircraft do not have and can be used to great effect on other aircraft, including larger bombers. However, thanks to its bad survivability, take care when engaging bombers, and remember Ace Tip #1: Don't get shot at!

The D.500 series of aircraft were developed in response to the C1 specification issued by the French Air Ministry in 1930. The specification mostly intended to replace France’s inventory of old WW1 and 1920 era aircraft with more modern designs. Famous aircraft designer Émile Dewoitine, submitted his D.500 design and almost immediately caught the attention of the Air Ministry’s officials. Shortly after the D.500 had its maiden flight in 1932, an order for 60 aircraft was placed in 1933, 10 of which were for the D.501. In essence, the D.501 was just a subvariant of the D.500. The two major differences lie in the powerplant and armament. Namely, the D.500 used a Hispano-Suiza 12Xbrs engine, whilst the D.501 was equipped with a 12Xcrs engine, that allowed for the installation of a 20mm cannon through the propellor hub. This change also caused the removal of the two nose-mounted machine guns from the original layout, found on the D.500. Whilst a single 20mm cannon, paired with a couple machine guns may seem like a laughable setup today, the sheer presence of an autocannon on an aircraft back then was deemed almost as a luxury.