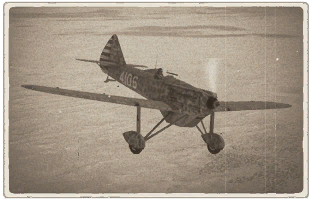 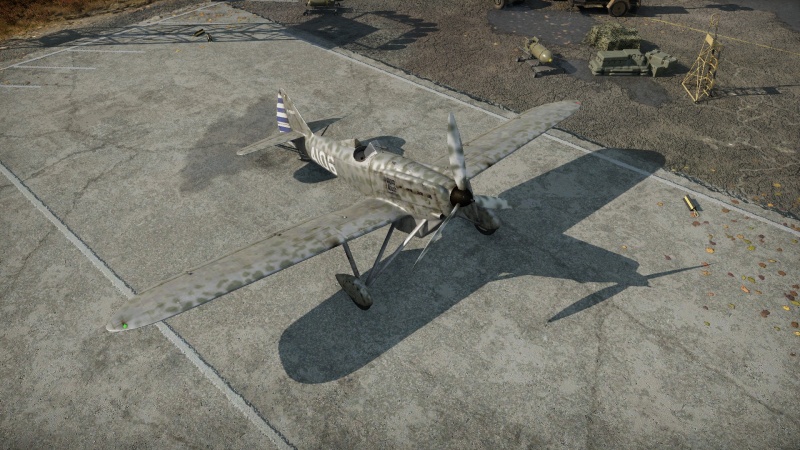 Part of the composition for the early days of the Chinese Air Force and a variant of the French D.500 family, the D.510C offers high firepower at its tier thanks to its 20 mm autocannon and rather good turning radius. However, players do have to be aware of its poor protection all-round as well as its ammo count, as well as outdated powerplant when uptiered.

The overall flight performance of D.510C in Nationalist forces is identical to its French variants. Thanks to its all-metal airframe, the airframe itself can take some hits from smaller calibre ammo before being shot down; the monoplane design also makes it nimble enough to make sure heavy targets or those without sufficient protection from cannons will meet their end quickly. However, do remember that the top speed can be a problem as the engine might not be as powerful as some of its enemies like the Italian CR.42, let along when being uptiered. Keeping the pilot alive is also essential, as he is not protected in any means other than the windshield and engine plates in front of him with little protection whatsoever.

Although being the earliest French all-metal monoplane, the D.510C is rather unprotected as there's no cockpit glass to cover him and there is only a 3 mm steel plate between the engine block and the pilot; any penetrating shots from high-calibre ammo will quickly knock out the pilot.

Like its French cousins, players can utilize the high firepower and good manoeuvrability of the D.510C to take down enemies at lower altitudes; your 20 mm cannon with 60 rounds will certainly make very short work of interwar fighters with very little protection, sometimes even bombers will fall victim of the autocannon given trigger-control is utilized. However, players do also have to be aware of the insufficient speed against later aircraft which could fly up to 500 km/h, as well as its overall unprotected airframe that any shots landed near the cockpit will have the chance to take down the pilot with ease. Unless going for last-ditch options, never head-on against anything that has more guns than D.510C or having run out of cannon shells. The 7.5 mm machine guns might sometimes shine during dogfights, but not when heading-on enemies.

In the late 1930s during the expansion of the Nationalist Air Force and in view of the invasion from Japan, the Nationalist Government sought for supplementary fighters before US-built aircraft could be imported as the orders were delayed. During a visit to Europe in May 1937, France approved the sales of 34 D.510C along with around a dozen other French aircraft on credit; but by the outbreak of the Second Sino-Japanese War, only 24 those D.510Cs had been delivered to the Nationalist forces and the remaining ones were either cancelled by the French Government or by the Governor of French Indochina. They were known as the "地機" ("Dì jī": Dewoitine) and made into service by late 1938 with pilots from Britain and France.

The records from Chinese sources remarked that French pilots feared the war and contributed few of the fights in the skies. Coupled with conflicts of payment and behaviour, most of the French pilots were fired by the Nationalists and all the D.510Cs were then taken over by Nationalist pilots instead. The earliest record of Nationalists piloting D.510Cs fought on 8 April 1938 during an interception of Japanese bombers; the later conclusion by one of the pilots, Hu Zhuangru (胡莊如, KIA during the war) "地機發炮，每次決不應超過三發，發射速度與震動均甚大，不易命中也 (The Dewoitine shouldn't fire more than 3 rounds at a time, as it has rather high RPM and severe vibration that make hitting difficult)". The D.510Cs were then transferred to 17th Squadron and the only confirmed kill from Nationalist forces was from their captain 岑澤鎏 (Cen Zeliu, KIA in 1941) when he shot down a bomber with its commanding officers on 4th November 1939.

As the overall degrading performance of D.510C as well as heavy losses to the Japanese, they were soon phased out by the Nationalist forces by 1941, in favour of new Soviet aircraft.[1]