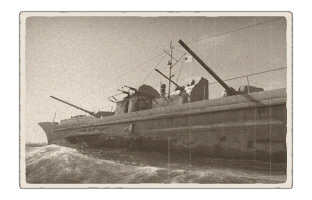 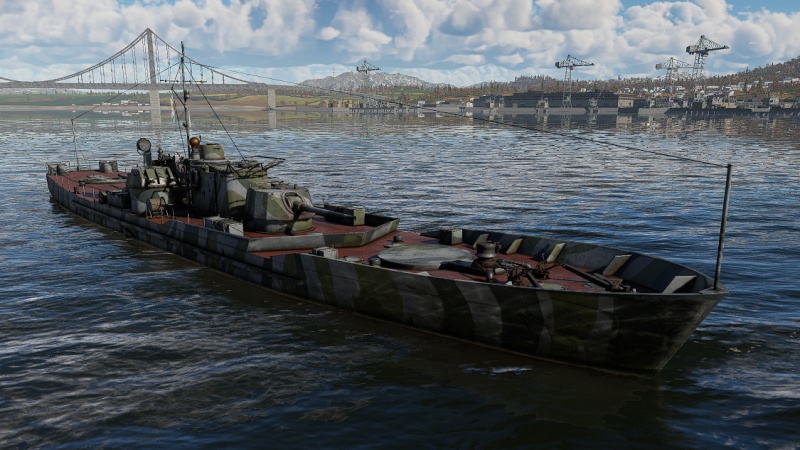 The MBK pr. 186 (MK 85) was a class of 38 armoured gun boats built for the Soviet navy during the latter part of the Second World War. Designed as sea-going armoured boats, the ships were fitted with a heavy armament. Upon commissioning, the ships of the class supplemented the prior pr. 161 in service and saw extensive service during the war. The ships served after the end of the war until their eventual retirement in the late 1950s. This version of the vessel represents the later-production version of the pr. 186, which featured newer MK 85 turrets.

The pr. 186 class of MBKs (armoured gun boats) were designed as large but slow armoured boats as a supplement to the pr. 161 class. The ships displaced 156.5 tons and were 36.2 metres long. The ships had a relatively modest top speed of 14 knots (26 km/h) and a range of 750 miles, being powered by a pair of 500 hp piston engines. The ships had a crew of 42 officers and men.

In terms of armament, the pr. 186 was equipped with two 85 mm ZiS-C-53 cannons on MK 85 cannon mounts. Initially, the guns were mounted on S-53 mounts, which is seen in game on the tech-tree version of this vessel. However, most late-production pr. 186s were equipped with the later MK 85 mount, with less armour but dramatically-improved vertical targeting. The ships carried a secondary armament of a single 37 mm 70-K dual purpose autocannon and two dual DShK machine gun turrets. Some ships were also fitted with a mortar.

A total of 38 pr. 186 ships were built between 1944 to 1947; being late production vessels, the pr. 186 (MK 85) ships failed to see service during the Second World War. The other vessels constructed during the Second World War saw brief service in the Baltic sea, where they provided fire support for Soviet land forces. Overall, the Soviet MBKs, including the MBK-161, pr. 1124 and pr. 1125, played an important role in the Great Patriotic War. Loss rates were also high, as 90 boats were lost for roughly 300 boats of all classes built. The later MBK pr. 186s stayed in the fleet until the late 1950s, when they were retired.