Difference between revisions of "BT-7 TD" 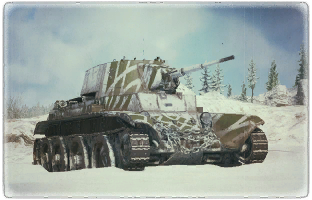 The BT-7 TD is a gift rank I Soviet light tank with a battle rating of 1.3 (AB/RB/SB). It was introduced during Update "Hot Tracks" as reward for watching Enlisted streams on Twitch.tv. The BT-7 TD is identical to the BT-7 in every way except for the exclusive camouflage.