Battle for the Fulda Gap

One of the possible directions of the Soviet invasion into Western Europe was considered a wide lowland area between the mountains of the federal state of Hesse, Germany. This area was designated by NATO military ‘The Fulda Gap”. The lowland was well suited for the operation of a large scale armored group, the main gambit of the Soviet military doctrine in a possible war.

The strategists were right. July 25th, 1985, the USSR initiates a large-scale border breakthrough in the Fulda Gap region, heading towards Frankfurt am Main to capture the financial centre of Germany and establish a foothold for the invasion into Western Europe.

These conditions are important for squadrons that enter the operation according to the described scenario. 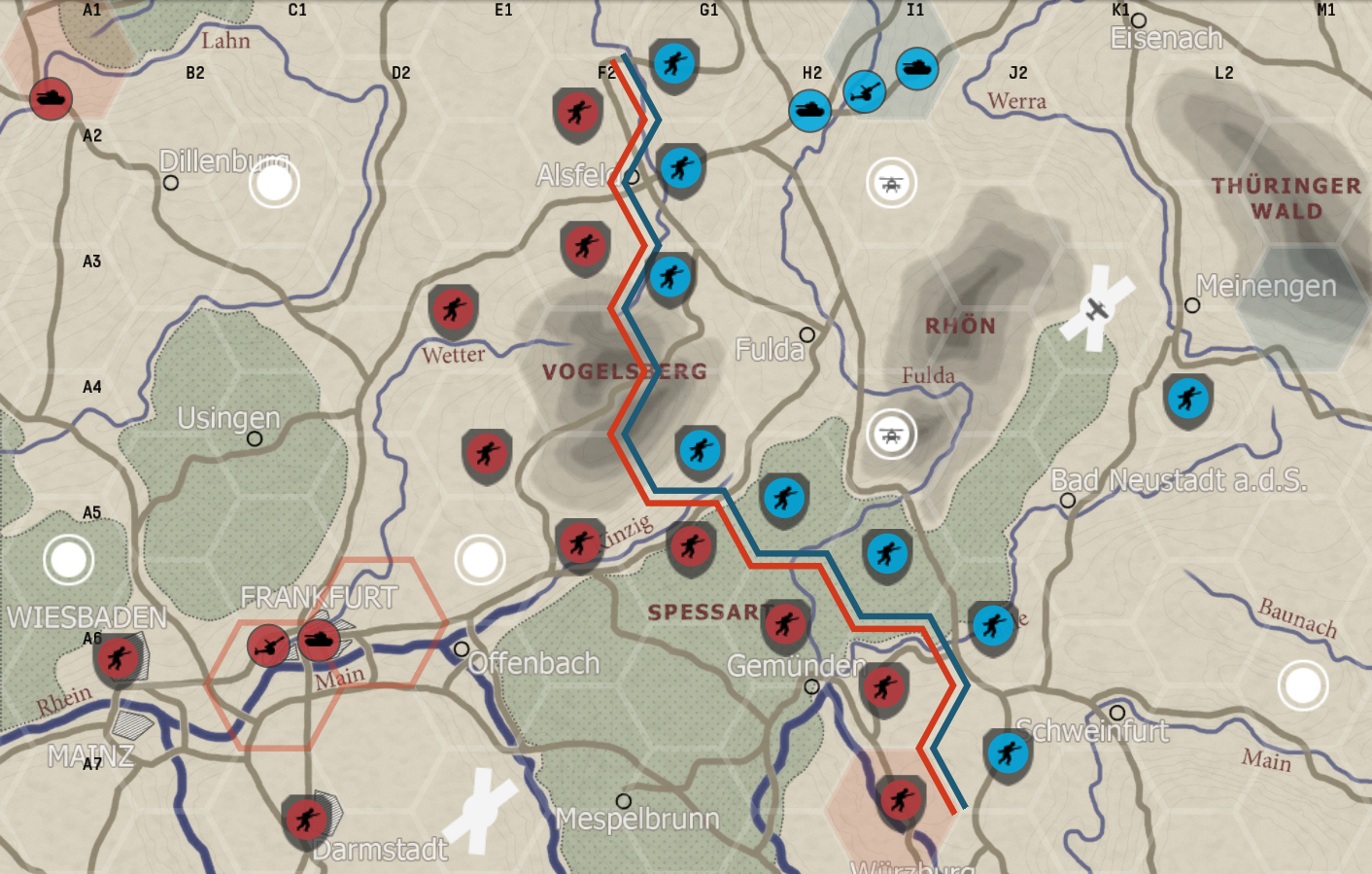 The Shooting Range #206 - Pages of Alternative History section at 03:57 discusses the Battle for the Fulda Gap.
Retrieved from "https://wiki.warthunder.com/index.php?title=Battle_for_the_Fulda_Gap&oldid=63434"
Category: