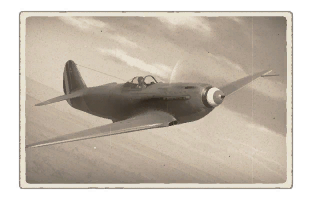 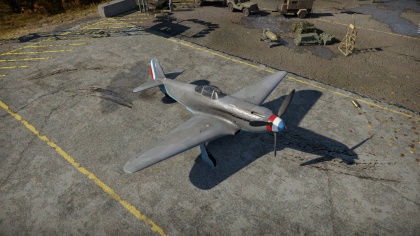 The ▄Yak-3 is a premium Rank III French fighter with a battle rating of 4.0 (AB/RB) and 4.7 (SB). This aircraft was introduced in Update 1.77 "Advancing Storm".

The two machine guns are nose mounted and the cannon is mounted in the prop spinner and fires out the prop hub. Each machine gun is armed with the same amount of ammunition, which means that both machine guns will fire with each other until empty.

The Yak-3 is the pinnacle of the piston engine Yakovlev design, with a much more powerful engine, the addition of a second MG (meaning the MGs are viable now!), and metal wings! The coolant system, now actually somewhat effective, has been moved to the wing roots (no "smiley face" below the nose), making the plane more streamlined. The cannon - the same old 20mm ShVak - receives a pleasant upgrade: very effective Air Targets belts.

Overall, the Yak-3 can be considered as a "jack-of-all-trades, master-of-none" aircraft. It will readily fulfill any fighter role a pilot will put it in, however, it won't excel in any – the American and German aircraft will still be better at energy fighting and executing Boom & Zoom tactics, while the British and the Japanese planes will still have an edge in maneuverability. Yet, the Yak-3 is a very potent machine which, with a skilled pilot behind the controls, is an opponent that you don't want to underestimate.