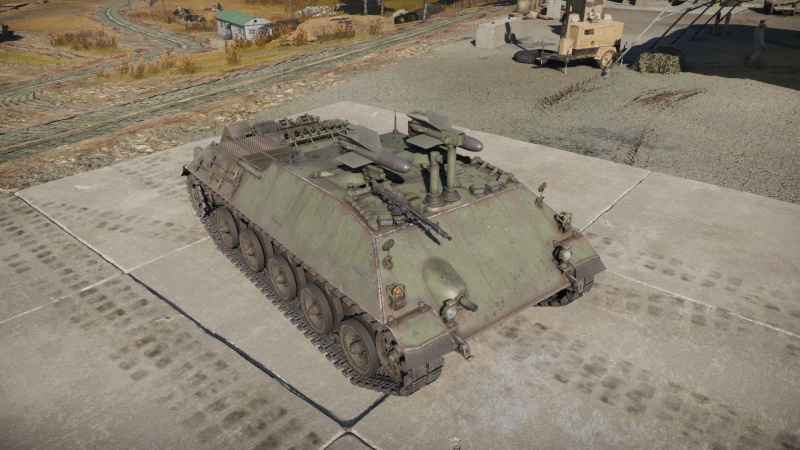 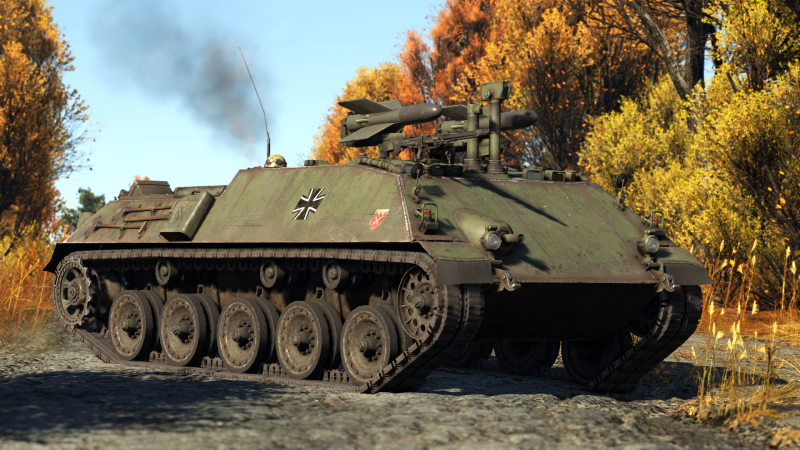 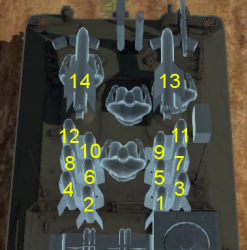 Ammo racks of the RakJPz 2

Though slightly larger than the Raketenjagdpanzer 1, the Raketenjagdpanzer 2 had better automotive performances with the newer chassis and a 500 hp diesel engine and torsion bar suspension. The new vehicle chassis design allowed for an increased missile storage of 14 SS.11 missiles. The Raketenjagdpanzer 2 featured two rails for the missiles, both ready to fire and reloads are done automatically by each mount inside the vehicle. The SS.11 missiles allow the vehicle to engage enemy armour up to 3 kilometers away, with the missiles penetrating 600 mm of armour on impact, enough to take out most Soviet armour at the time. For personnel protection, a MG3 machine gun was also available for anti-infantry and anti-aircraft defense purposes.