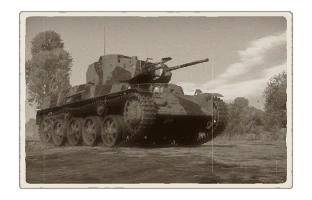 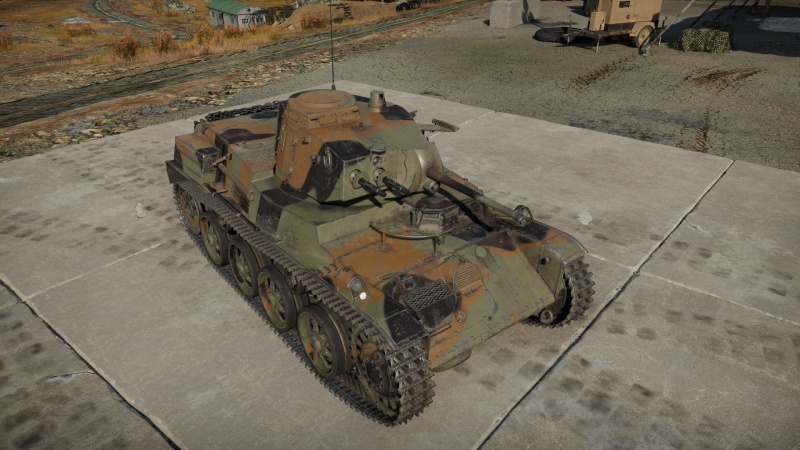 The Stridsvagn m/39 is a premium rank I Swedish light tank with a battle rating of 1.0 (AB/RB/SB). It was introduced in Update 1.97 "Viking Fury".

Strv m/39 is a continued design from the Strv m/38. In 1939, KAF had started discussions about ordering 20 new Strv m/38's to improve the strength of the armored company and, seeing the international way of designing tanks equipped with cannons, they requested that new designs of Strv m/38 should have improved armour by making it thicker to combat this threat. AB Landsverk was against it since the construction of the L-60-S (Strv m/38) would not be able to handle this request of the additional weight the new armour would add to it. And because of this made them a contract that there would be small changes to the L-60-S, mainly modifications to the turret adding room for an additional machine gun to be placed. Additionally, there would a new control system for the tank, Strv m/38 had the old system using a steering wheel, the new tank would use lever steering which was more favourable.

When the contract was signed for these new tanks 19 December 1939, the new improved tank got the designation L-60-S/II and was supposed to be delivered in middle of October 1940, but trouble and delays for the 37 mm Bofors cannons for the tanks delayed it until Spring 1941 which at time tanks had improved a lot and there was demand for thicker armour again. They wanted to increase the frontal armour of the L-60-S/II from 15 to 50 mm but this would only happen in case of combat that it would be added as add-on armour onto the tanks. But during exercise the tanks would not have this additional armour on them to not wear out the new vehicles. L-60-S/II would get the designation Strv m/39 by the army.