Difference between revisions of "Matilda III" 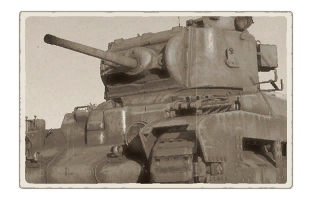 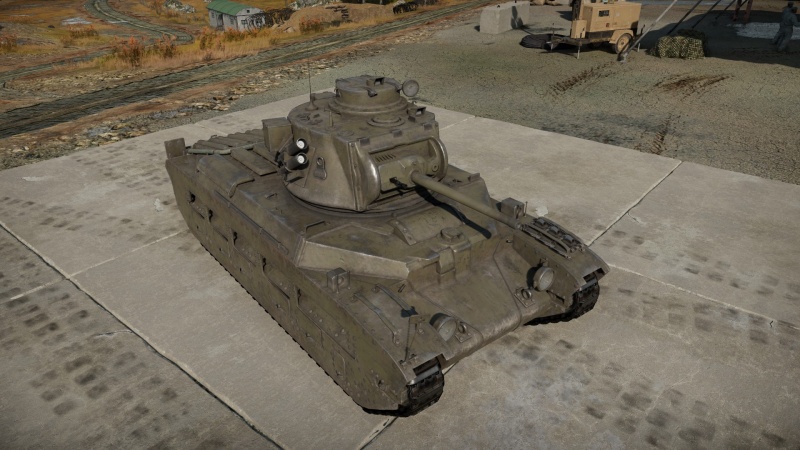 The Tank, Infantry, Mk IIA*, Matilda III (A12) (or just Matilda III) is a rank II British heavy tank with a battle rating of 3.0 (AB) and 2.7 (RB/SB). It was introduced in Update 1.55 "Royal Armour" along with the rest of the initial British Ground Forces Tree. The Matilda III in the game reflects its real-life counterpart with its extreme slow speed, but formidable front armour.

If attacking, the Matilda should take point in the attacking force (if your team will wait for you) and crawl slowly towards the enemy locations with support from your team members. Stop and fire at any target that reveals itself to attack you. When defending, park some distance away from a choke point to a vital area and blast enemies as they try to enter. Remember to maintain team support so that enemies don't try to out manoeuvre you. Make sure to keep a safe distance away from the enemy to maximise the effectiveness of your armour with the shell damage drop-off. Like this, your armour will be very hard to penetrate. At the same time use the 2-pounder gun to attack the enemy. Close-distance fighting is ill-advised as opponents will be able to more easily penetrate the front armour and find weak points. A very important tip to know about the Matilda III is to not go into towns! You will be easily out manoeuvred, allowing your opponents to get close and flank and destroy you.

Opponents that deserve extra attention are the tank destroyers. The two German Marders carry a gun that can easily knock you out at long range, especially the Marder III (H), but those have thin armour, so use that to your advantage. The more armoured German TD, the StuG III, is even more dangerous. The StuG III A carry the short 75 mm that can fire high-penetrating HEAT rounds while its front armour can resist the 2-pounder's shots from a longer distance. The StuG III F is a bigger problem with its longer 75 mm gun and thicker armour, but its high battle rating of 3.7 should make this an uncommon sight. The Matilda will have a hard time to fight the StuGs due to the front armour and inability to manoeuvre to hit the side armour, thus it would be better to leave that to more manoeuvrable team members.

The Matilda II saw service again in the North African Campaign against the Italian and German forces. In late 1940 in Operaton Compass, the Matildas in the 7th Armoured Division caused major damage in the Italian forces positioned in Egypt. The Italians, armed with only tankettes and 37-mm armed medium tanks, were unable to stop the Matilda's advances. The Matildas pushed Itlaian troops out of Egypt and all the way to Libya, where they proceeded to take over Bardia and Tobruk as well. The Matilda's armour became very well known in this time period, as in late 1941 the Axis forces, even the Germans, were still struggling to receive adequate equipment to take out the Matildas. The open terrain of the desert made the Matilda's low speed and mechanical issues a major problem, as it reduced its maneuverability. The open terrain also presented the Matilda a major target to the 88 mm FlaK guns in German inventory, which was more than capable in destroying the Matilda through the front. The devastating losses to these more potent anti-tank weaponry became well known in Operation Battleaxe in June 1941, and became more widespread with the presence of the more powerful 50 mm and 75 mm anti-tank guns in German service. Despite that, the Matildas were still used in the battlefield to fight against the Germans until they were effectively deemed insufficient against the German tanks and defenses sometime in 1942. The Matilda could not be up-gunned with better British weaponry due to the small turret on the tank, and thus was replaced by the heavier armoured Churchill and Valentine infantry tanks. These tanks proved much more economical, yet with room for upgrades, and the Matilda became a rare sight by the Second Battle of El Alamein. The remaining Matildas in North Africa were modified into mine-clearers known as Matilda Scorpions.