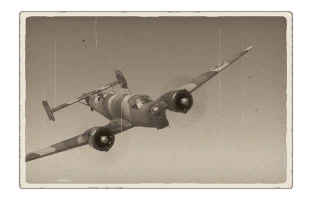 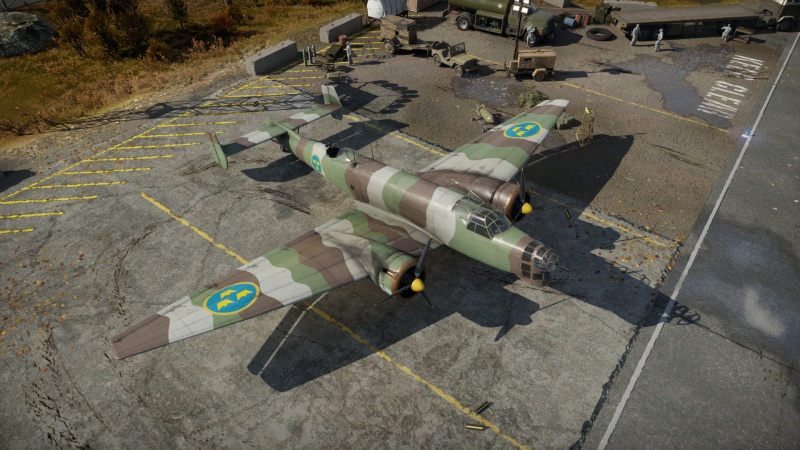 Originally built by the German aircraft firm Junkers, the B3C started out as the Ju 86, developed in the mid-1930s alongside rival Heinkel's He 111. Since the Luftwaffe could not officially build bomber aircraft at the time, the main purpose of the aircraft was to be a ten-person airliner which could, with minimal effort, be converted into a medium bomber. When tested during the Spanish Civil War, it was found that its diesel engines could not hold up against the rigours of combat and were replaced with BMW 123 radial engines which vastly increased its reliability.

Later in development, the Ju 86K was created for the purpose of exporting this aircraft to foreign nations of which Sweden and Hungary were the first to accept. Sweden started producing their licensed version of the bomber, the B 3 which was outfitted with British Bristol Mercury engines instead of the German BMW radials, of which the Mercury engines were later were license-built in Sweden and Poland.

The B3C though an early war bomber is not without a box of tricks. While relegated to a medium bomber function, options in its suspended armament give it the option to carpet bomb smaller and lighter targets or to bomb heavier protected targets and bases. Externally outfitting an 853 kg torpedo gives the bomber the option to strike fear in fleet captains eyes, especially when a crew member announces "Fish in the water". Though for the most part considered an average bomber when it comes to manoeuvrability, rate of climb and level speed, the B3C has what it takes to deliver its ordnance to the target and has several critically placed defensive turrets to protect the bomber against any interlopers, intent on downing the bomber before it gets to its target.

The B3C is an average aircraft when it comes to flight characteristics, nothing really impressive, but nothing which hinders the bombers ability to do its job either. Acceleration, rate of climb and level flight speed are good enough. However, if caught in a low energy state with nowhere to dive, it will be relatively easy to catch, even by the most sluggish fighters or attackers. The large surface area of the wings enable this aircraft to have a comparatively low stall speed and the dual vertical stabilizers detract from the rudder capabilities of this aircraft, compared to aircraft with single vertical stabilizer (see B-24 vs PB4Y for comparison of vertical stabilizer types).

The B3C was designed for mid- to high-altitude bombing, where it remains safe from a majority of the fighters found flying against it in a match. Dropping to lower altitudes enables even the slowest of biplanes (Po-2 and Hs 123 A-1) to take pot-shots at the bomber. There is one situation, which will require the B3C to fly low and slow, and that is when setting up for a torpedo run. The bomber will not only be vulnerable to fighters and attackers at the extremely low altitude, but also to anti-aircraft fire from the ships, which should not have much difficulty hitting such a large and slow target.

The B3C can be outfitted with the following ordnance:

The B3C is defended by:

While many aircraft found in War Thunder are considered multi-role capable (fighter and interceptor, attacker and bomber, etc.), some aircraft sit within just one role, but have several subset capabilities within that role. The B3C is no exception as its sole role in the game is that of a medium bomber, however, it is capable of defining its mission objective, depending on the type of suspended ordnance outfitted.

As an early rank bomber, the B3C has access to several of the smaller bombs found in the game. Loading up with the 50 kg bombs allows the bomber to take out many of the lightly protect vehicles found on the map, such as trucks, light tanks, anti-aircraft artillery, light pillboxes/bunkers and aircraft parked on a runway. Vehicles travelling in columns make for an especially tempting target as when lined up properly, the B3C can come in at a lower altitude and drop individual bombs per target, being more judicious with the suspended ordnance, especially in realistic and simulator battles, where reloads require heading back to base. Heavy pillboxes, medium and heavy tanks, along with bases, should be avoided, as these smaller bombs will be less effective against them.

When it comes to attacking a base or targets, such as reinforced pillboxes, large ships, medium and heavy tanks, the 250 kg bomb and 450 mm torpedo will come in handy. With a harder punch, they will make short work of the vehicles, which the 50 kg bombs will realistically just bounce off of. Base bombing will be more effective, specifically if the B3C is flying at 4,000 m and above, where it is less likely to run into enemy fighters, and if it does, the defensive turrets can make it that much more difficult for them to get sights on you.

The B3C can outfit a 450 mm torpedo to the external side of the aircraft's bomb bay. This big fish (853 kg) can make a big explosion, however, to get the torpedo into the water, the bomber must approach the intended target at a low altitude and slow speed. Typically, ships don't sit there and just watch the torpedo approach and will open up their anti-aircraft fire. The bomber pilot must remain calm to ensure a precise drop of the torpedo. Once released, the bomber must power back up to full speed and vacate the area to avoid further anti-aircraft fire and any potential enemy fighters, which may be in the area.

The SAAB B3C began its life in the mid-1930s in Germany as the Junkers Ju 86. The purpose of this aircraft was to operate first as a high-speed passenger airliner but also function as a medium bomber with minimal conversion. Conversion from airliner required the removal of ten passenger seats and replaced with four bomb cells which carried each bomb in an upright position. Fuel tanks for the bomber version were located in the fuselage while the airliner moved them to the wings. Originally this bomber was outfitted with Junkers Jumo 205 diesel engines, their drawback was their weight, however, they were more fuel-efficient than standard petrol engines. Unfortunately during the Spanish Civil War, it was determined that the Ju 86 under-performed compared to the He 111, mainly because the diesel engines could not handle the rough treatment endured during combat situations. With this knowledge, the Ju 86 was converted to the BMW 132 radial engines which drastically improved the reliability of this bomber.

The Junkers model Ju 86K was the export version of the Ju 86 which allowed Sweden's aircraft manufacture SAAB to license build these medium bombers and designated them as the B 3. Instead of utilising BMW132 engines, SAAB opted to go with the Bristol Mercury XIX radial engines which had an output of 905 horsepower. The Swedes maintained their B 3 bombers throughout the war and continued to use them for another thirteen years with several being converted to maritime patrol and signal intelligence (SIGINT) aerial platforms to keep apprised of Soviet and Eastern Europe activity.

In 1934, a set of requirements was issued to both Heinkel and Junkers to develop a new twin engine aircraft, capable of acting as both a high-speed civilian airliner as well as a medium bomber for the German Luftwaffe. While Heinkel would go on to develop the far more successful He 111, Junkers developed the Ju 86, the first test flights of which occurred already in late 1934 and extending in early 1935.

Early production of the type commenced in late 1935 for military versions, while civilian variants entered service in 1936. Despite being seen as inferior to the He 111, especially in military service, the Ju 86 nonetheless remained a relatively popular aircraft on the export market, being purchased by various operators from around the globe, ranging from South America, over Europe and going all the way to Asia and Oceania.

Among its many operators was also Sweden, which not only purchased a number of Ju 86s directly from Junkers, but also acquired a licence to manufacture the type domestically in the late 1930s.  Both imported and built under licence by the SAAB company, the aircraft received its new designation B3, and unlike the German original, the Swedish counterpart received different engines (namely licence-built versions of the Bristol Pegasus radial engines) as well as Swedish weaponry.

As with other countries, Sweden employed their Ju 86s in both military as well as civilian roles for many years before, during and after WWII, with the last of the Ju 86s being decommissioned during the late 1950s. In total, only about 15 B3C and one B3D were built for the Swedish Air Force by SAAB between 1939 - 1940 out of the original 40 aircraft planned.