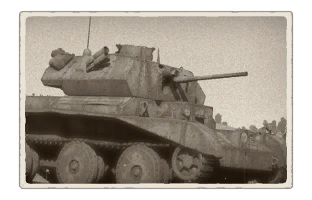 The Tank, Cruiser, Mk IV (A13 Mk II) 1939 is a rank I British light tank with a battle rating of 1.7 (AB/RB/SB). The tank was added in Update 1.53 "Firestorm" and was one of the first British tanks introduced in the game. It was available for purchase during the early stages of the British tanks introduction, but has since been removed from the store. However, it briefly became available on two different occasions: first, during the 2017 April Fools event when Gaijin made it available in the "A Very British Exit" Pack; second, during the War Thunder 7 Years anniversary event. It is now only obtainable through the Gaijin Marketplace.