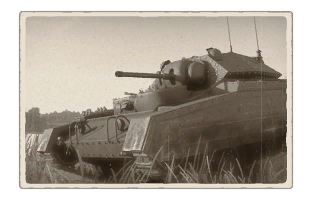 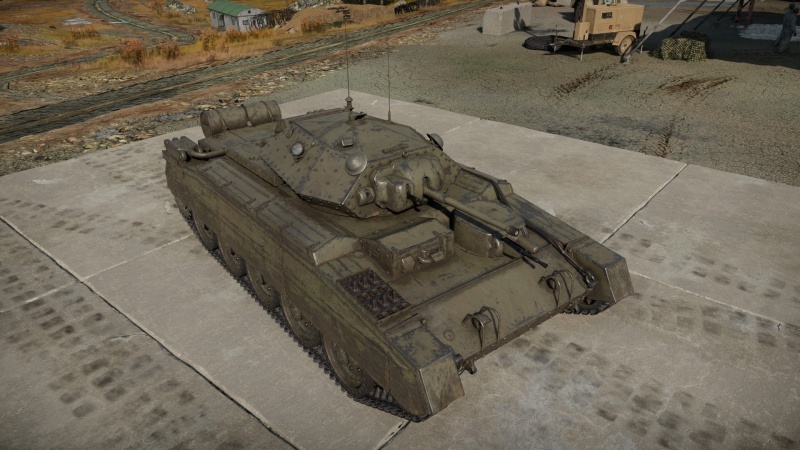 The Tank, Cruiser, Mk VIA, Crusader II (A15) is a rank II British light tank with a battle rating of 2.0 (AB/SB) and 2.3 (RB). It was introduced along with the initial British ground tree in Update 1.55 "Royal Armour".

Ammo racks of the Crusader II

The Crusader Mk II is a quite effective low-range light tank, it is equipped with a fast firing 40 mm cannon, which is excellent at taking out tanks with a cramped interior and the crew close to each other, very fast reload, gun stabilization and its good handling makes up for shell doing not so much damage.

Since it is a light tank it does not have much armour, driving and fighting in the open field should be avoided whatever it is possible, unless there is enough of cover or the terrain shaped in a way so it is possible to use the hull down tactics at which this tank excels at because of its very low profile. The tank also has excellent gun depression and the turret shape makes it hard to hit.

The combination of manoeuvrability, a great high speed, and good acceleration makes it good at flanking and rushing the enemy positions. Although its max speed may be lacking compared to other fast tanks such as the Stuarts or BTs, it is compensated by its acceleration. It can get to max speed very fast and the turning ability is very good at any speed, except for moving in the same place. Other than that tank is very stable and pleasant to drive.

Any frontal engagement with enemy SPAA units should be avoided, try engaging them only at a long distance, when flanking them, or with the Artillery upgrade (most SPAAs at the rank would have an open cabin so it is easy for artillery to kill their crews). Dealing with other light tanks should not be an issue. Although the 40 mm cannon lacks accuracy, its reload speed is fast and it should not be an issue hitting targets at a close distance. However, fighting against medium tanks and other bigger vehicles could be a problem, as its highly recommended to know the crew position in the enemy tank and where to aim for them. As for shell choice it is recommended to use the last unlockable shell, the Shell Mk. 1 AP/T, as it has more explosive filling that would help take out enemy crews more easily.