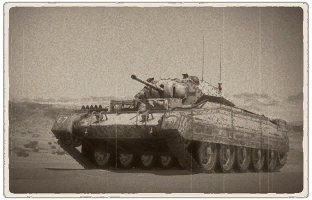 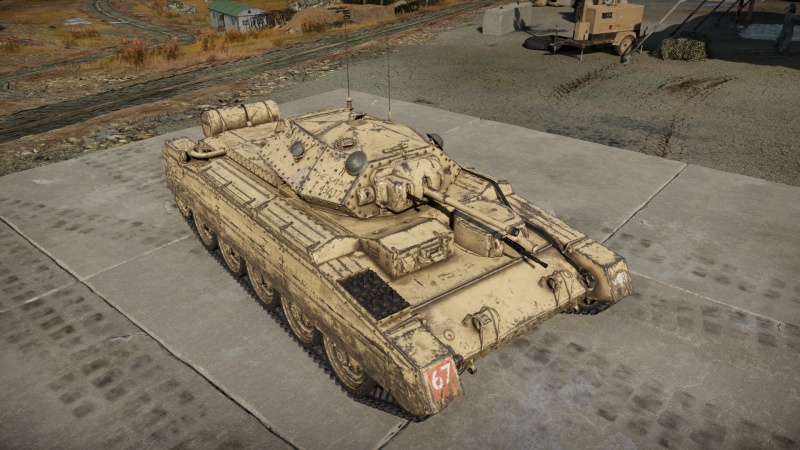 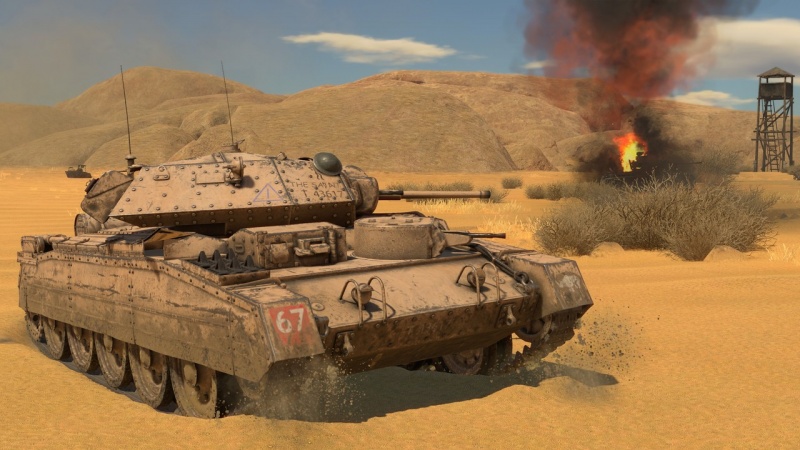 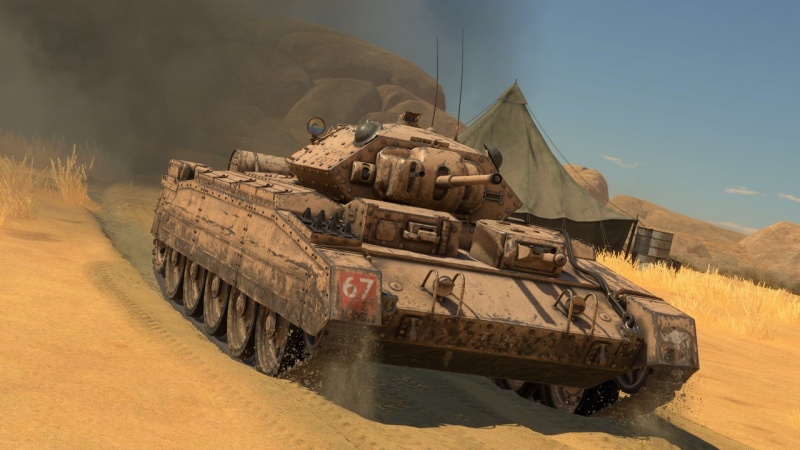 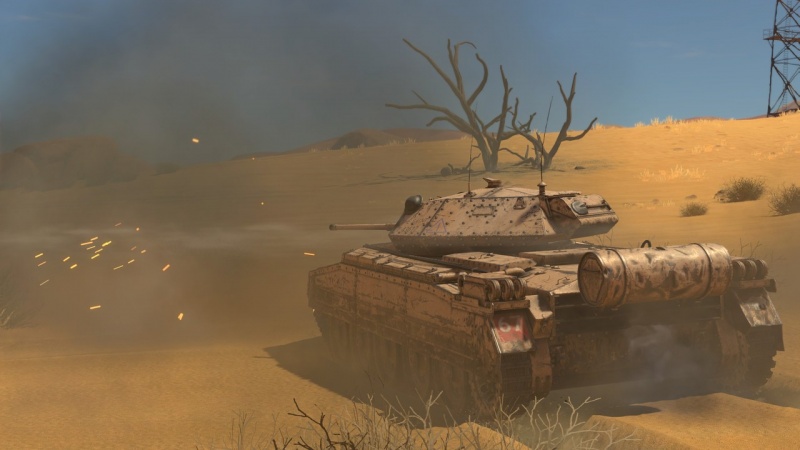 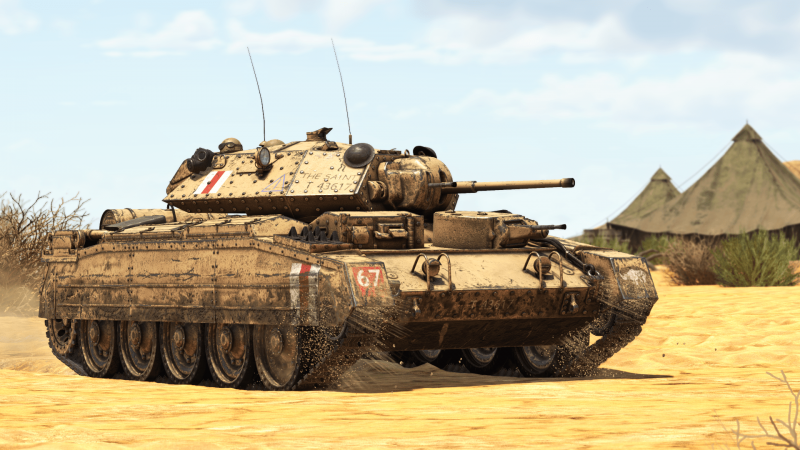 This is your standard in-tree Crusader II, with a historical camouflage. This tank was called the Saint and served with 10th Royal Hussars regiment, which was part of the 2nd Armoured Brigade, 1st Armoured Division, which fought in the North African Campaign.