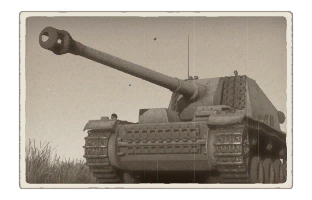 The Sturer Emil is typical of the German open-topped tank destroyers: fragile and particularly vulnerable to air attack. With a maximum of 50 mm of armour, the best protection is to not get shot at in the first place. On the plus side, the Sturer Emil cannot be hull-broken.