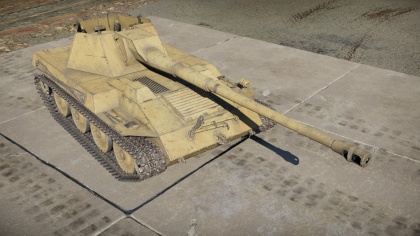 The Waffenträger Krupp-Steyr mit Pak 43 is a rank IV German tank destroyer with a battle rating of 5.7 (AB/RB/SB). It was introduced in Update 1.71 "New E.R.A".

Ammo racks of the Waffenträger.

Best way to use this tank is to stay hidden and keep your distance, only expose yourself when you want to shoot and try to stay unnoticed as much as possible. This tank doesn't have any machine guns coverage, so always try to one shot the SPAAGs otherwise you will become an easy target.