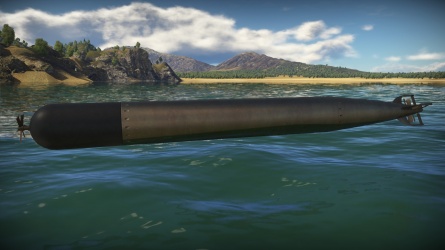 When dropped from aircraft the characteristics of the Mark XII are not ideal. You are required to drop below 105 m and decrease your speed to below 281 km/h. Contemporary counterparts, such as the US' Mk.13-1 Case or the USSR 45-36AN (450 mm) have better airdrop characteristics; however, when it comes to aerial torpedoes, it's successor, the 18 inch Mark XV (450 mm) solves this by incrementing it's drop speed maximum to 443 km/h, but it's altitude maximum is only incremented to 122 m.