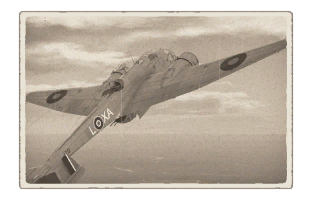 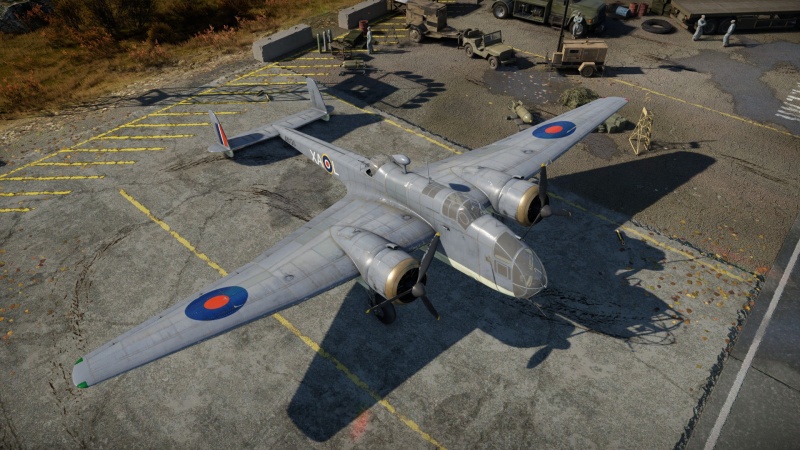 The Hampden TB Mk I is a rank I British bomber with a battle rating of 1.7 (AB/RB/SB). It was introduced in Update 1.65 "Way of the Samurai".

The Hampden is one of the first few bombers you get in the British tree, and without a doubt defines the style of flying you for the remainder of the tree. Its decent performance combined with all-powerful bomb load can quickly rack your score up into the thousands. On maps like Essen, use your superior speed to bomb the ground targets before any other bombers, then drop your altitude and rearm at the airfield. Then fly low with a bomb delay and hit the remaining targets or bases. 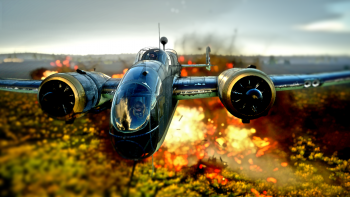 Extremely low-level bombing in the Hampden TB Mk I. 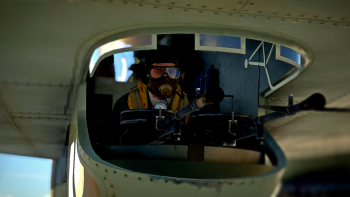 The Hampden TB Mk I is armed with:

The Hampden TB Mk I can be outfitted with the following ordnance:

The Hampden TB Mk I is defended by: 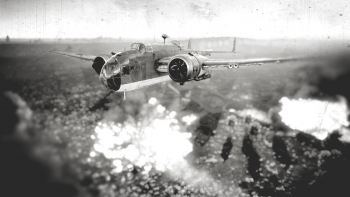 This bomber is strictly that; a bomber. With a mediocre defensive armament and only a single offensive 7.7 mm machine gun, engaging enemy aircraft is an absolute last resort. The lack of defensive capabilities, combined with the thin tail and wings, make the Hampden TB a fragile aircraft. Upon spawning, climb at a very shallow angle to increase your speed and altitude at the same time. When the bomb points are in range, level off and drop your load. This will make you significantly lighter and allow you to return to base extremely quickly. During this time, one must take care to avoid aircraft that will now be at your altitude. A shallow dive will allow a boost in speed, and a corkscrew over the airfield will let you drop the remaining altitude without ripping due to speed.

Usually, you should avoid enemies, and attempt to stay as fast and as unnoticed as possible. Having an escort helps.

How to offensively engage an enemy aircraft:

If you happen to see an enemy aircraft, you should not engage. Only in cases that he is the last enemy player should you dare to attack him. Try and climb above him then dive to get in front of him. Then use your four 7.7 mm defensive machine guns to tear into his cockpit and knock out his pilot, engines and forward gunners.

The planes to be feared are usually those that carry cannons or 12.7 mm machine guns. Those planes will easily shred this plane with no problems as it does not react well to damage. Flak will normally result in a pilot snipe, and then a kill, and has a tendency to tear the engines to pieces. 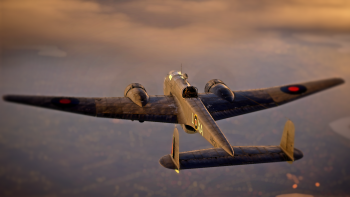 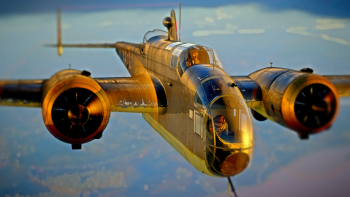 The Handley Page Hampden was the last and fastest twin-engined bomber of the "trio" during the Phoney War. It was designed to meet Air Ministry Specification B.9/32 which called for a faster, heavier, and more powerful bomber that would replace the existing Bristol Blenheim and the Armstrong Whitworth Whitley. The designer, G.V Vokert, designed an interesting prototype, designated HP.52. This plane was originally powered by Napier Sabre Dagger engines, but switched to the more powerful Bristol Pegasus radial engines. Originally the Hampden had two Vickers K guns in ventral and dorsal positions, which proved to be inadequate for daylight defence. This was then switched to two Vickers K guns with modifications. The Hampden had many nicknames, because of the slim, compact and cramped fuselage. It was nicknamed the "Flying Suitcase". It was oddly similar in role and appearance to the German fast day-bomber Do 17, nicknamed the "Flying Pencil".

The Shooting Range #84 - Pages of History section at 10:41 discusses the Hampden TB Mk I.