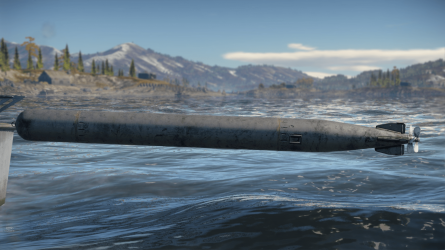 This torpedo is using explosive named Torpex, short for TORPedo EXplosive. Torpex is 50% more powerful than TNT by mass. It was developed at the Royal Gunpowder Factory, Waltham Abbey, in the United Kingdom as a more powerful military alternative to TNT. It comprises RDX, TNT and powdered aluminium. Torpex proved to be particularly useful in underwater munitions because the aluminium component had the effect of making the explosive pulse last longer, which increased the destructive power.