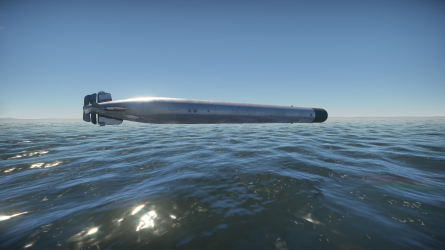 One useful feature of the Type 93 Model 1, Mod 2 torpedo is that on all ships that carry them, extra torpedoes are stored on the ship, which allows the torpedo launchers to be reloaded in battle, usually enough for one full reload of the torpedo launchers. While this does limit the number of torpedoes the ship can send at once, the total amount of torpedoes is often much more than what destroyers and cruisers of other nations can carry. This is useful in Realistic Battles as a single ship can launch multiple salvoes of torpedoes without having to visit a capture point to reload. In Arcade Battles, this will allow the torpedoes launchers to effectively have a faster rate of fire, since the torpedo launchers will refill faster than the standard AB torpedo reload.

The resulting torpedo, the Type 93 Model 1, Mod 1 torpedo, referred to as Sanso Gyorai (酸素魚雷, "oxygen torpedo"), entered service in 1935. The Type 93 torpedo had a diameter of 610 mm (24 inches), was 9 m (29 ft, 6 inches) long, weighed 2,700 kg, and, being a 24-inch torpedo, was rather large compared to its contemporaries, most of which were 21-inch torpedoes. Many torpedoes of the time used combustion engines for propulsion with compressed air as the oxidizer. In contrast, the Type 93 torpedo utilized pure, compressed oxygen as its oxidizer. Air is composed of roughly 20% oxygen and 78% nitrogen, the latter of which was a waste product that manifested as long bubble trails. Using pure oxygen allowed the Type 93 torpedo to effectively quintuple its efficiency while also eliminating the nitrogen byproduct. This greatly reduced the torpedo's bubble trail and left it virtually wakeless. The use of oxygen allowed the Type 93 torpedo to carry a large explosive charge, 490 kg of Type 97 explosive, without sacrificing fast speeds or long range.