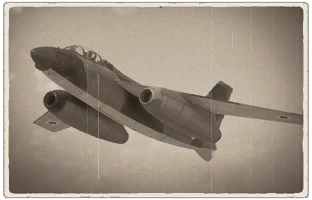 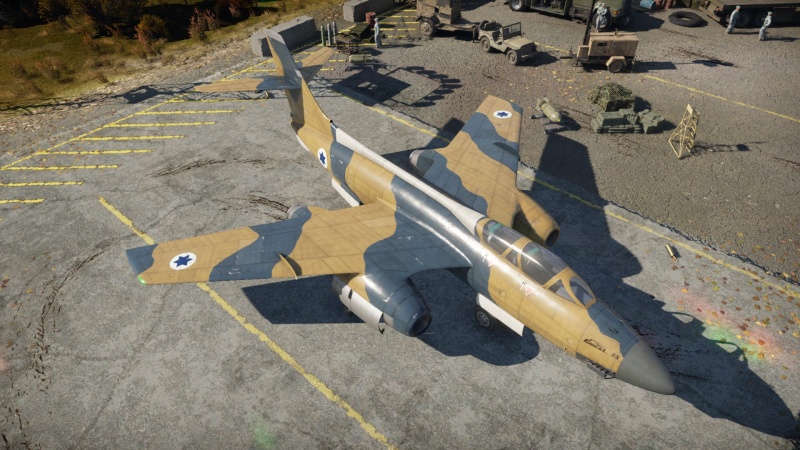 The Vautour IIN is a rank V Israeli jet bomber with a battle rating of 9.7 (AB) and 9.0 (RB/SB). It was introduced in Update "Winged Lions".

The Vautour IIN (Israel) is armed with:

The Vautour IIN (Israel) can be outfitted with the following ordnance presets:

The Vautour IIN was a two-seat, all-weather interceptor variant of Vautour IIA with radar, and armed with cannons, air-to-air missiles, and unguided rockets. It was operated by the "Bat" squadron out of Tel Nof Airbase, until the arrival of the Mirage IIIC, when they were handed over to the "Knights of the Heart" division at Ramat David Airbase. The Vautour was used as aerial reconnaissance and night interceptors during the Six-Day War, as well as later in the 1960s. They were replaced by the A-4 Skyhawk and the F4-E Phantom. The Vautour was retired in 1972, with the "Knights of the Heart" division replacing them with the Skyhawk.