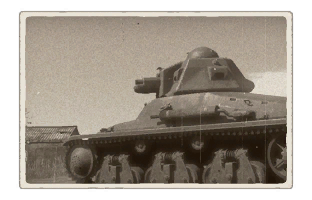 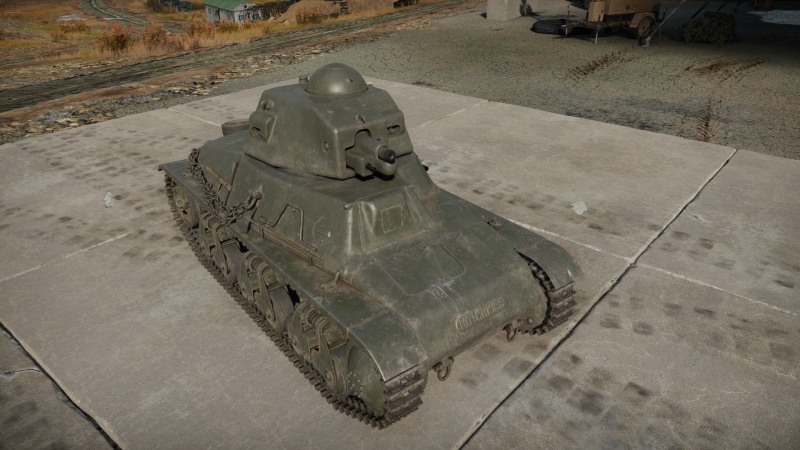 With its low speed, don't even dream of bold flanking manoeuvres, you must rely on road and downhills in order to achieve a decent speed. Climbing hills and turning on the spot are also a hard thing to achieve while driving this vehicle. The only thing "light" about this tank is the weight. 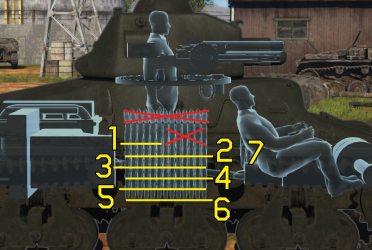 Since your turret armour is decent, a good way to use this tank can be to hide the hull behind a rock, a hill or any shell-proof prop and wait for the enemy to fall in your sights. This way, you will either be able to shoot at their weak side or have enough time to aim before they can react to your presence. Ensure yourself to pick a spot near a choke-point such as a capture point or a popular main road.

In urban maps, narrow streets and crossroad allow for many flanking and close-quarter action: follow your team, always cover behind allied vehicles and don't bother stealing a score from them since it's about the only good shots you will get on an enemy with such a poor vehicle.

Turn your back to the enemy and use your engine deck as a shield for the crew. Use this tactic anytime you are left alone and go find yourself another teammate. Don't use your reverse speed since it's too low: turn back and flee, your armour is as thick as on the front of your tank. Never stop to try a shot since your pursuers have a way better gun than yours.

In total 400 of the Hotchkiss model would be built, 300 for the cavalry and another 100 for the 13th and 38th independent tank battalions. Cavalry units equipped with the H.35 during the fall of France included the 4th Cuirassiers, the 11th (Motorized), 13th, 18th and 29th Dragoons, the 1st, 2nd, 3rd and 4th Armored Car Regiments, and the 5th Divisional Reconnaissance Group, in total comprising 16 squadrons of 16-20 tanks each. Another three H.35s were on trials with the Polish Army at the onset of war in September 1939. They, along with 4 stray R.35s, fought in an ad hoc unit on the Ukrainian front until the fall of Poland.

Another 900 R.35s, using the same turret, the SA 18 gun and a very similar hull, were in service in 1940, in 20 tank battalions, making it the most common tank in French service during the war. In total, somewhere between 1400 and 2000 of the Renault model would be built. Another 190 of the R.35s were exported pre-war, to Poland (50), Yugoslavia (50), Turkey (50), and Romania (40). Most of those in Polish service was with the 21st Light Tank Battalion, which escaped to Romania without seeing combat; it is unclear how many of the Yugoslav-purchased tanks were even delivered before France fell, but those that arrived served with that country's 2nd Tank Battalion, which saw limited or no action during the 1941 invasion; after that country fell those R.35s would have been turned over to the Romanians as well. The Romanians would upgrade their R.35s with captured Russian 45 mm tank guns and continue to use them through to 1944.

The SA 18-armed R.35 also continued in service with Vichy France until 1942 and were used in fighting in Syria and North Africa. Another 124 SA 18-armed R.35s were turned over by the Germans to Italy, where they fought and were lost in the invasion of Sicily in 1942. The Germans converted another 174 R.35s to tank destroyers (PanzerJager), generally armed with 47mm guns in the place of turrets and used primarily in France and secondary theatres. 110 of these were still in service at the start of 1944. Syria would employ these tanks in the 1947-1949 Palestine War, however they were vastly outdated and were employed more for more of a fear factor than tactical use. They would also later be refit with a QF 2 pounder gun and used in the 1958 Lebanon Crisis and would be the last recorded use of the vehicle.