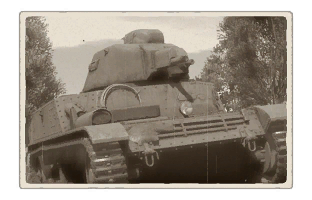 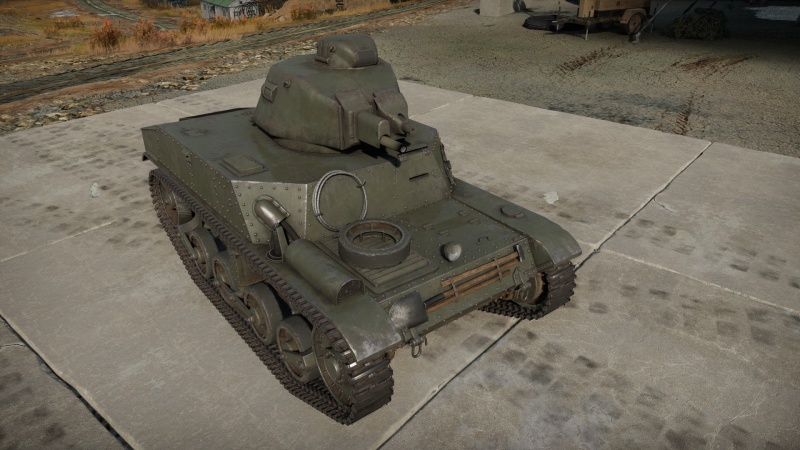 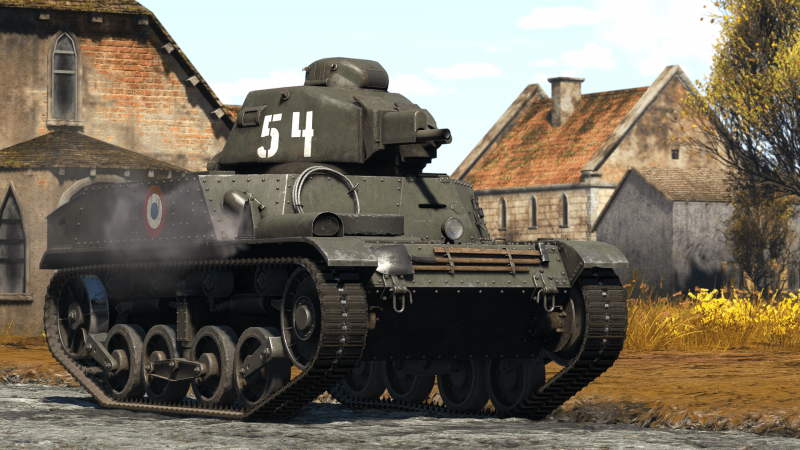 The Automitrailleuse de Combat AMC.34 YR (Combat machinegun-car) is a rank I French light tank with a battle rating of 1.0 (AB/RB/SB). It was introduced in Update 1.75 "La Résistance". While originally a reserve vehicle, it was later superseded in status as a reserve vehicle in Update 1.93 "Shark Attack" by the AMD.35. It features a well-armoured turret on a fragile chassis with a subpar SA34 L/30 cannon as the main armament.

Being not so fast, not so well-armoured and not so powerful, this tank is clearly not one to be bold with. Any other light tank you may encounter has a cannon that penetrates about 150% greater than yours and can fire twice as fast, so never engage an enemy head-on. Instead, as with most rank 1 French vehicles, stick with the team and follow flanking manoeuvres. Do not go out in an open field since your armour cannot protect you from incoming shots, your cannon cannot reliably engage an enemy, and your mobility does not allow for dodging. At best, this tank is a support brawler; at worse, it is a decoy for the enemy to shoot a round of ammunition at.

Firepower is the main worry of early French tanks: they are subpar. With at most 27 mm of penetration at point-blank ranges, poor ballistics and an awful reload time, this the worst main reserve armament. This gun is best used in assisting allied flanking manoeuvres and close-quarter engagements.

The AMC.34 YR is one of the more mobile rank I French tanks. It can reach speeds of up to 40 km/h when on hard, flat ground and it turns rather well. However, its speed can't be used to avoid enemy fire since the maps at this rank are quite small, and usually enemies are still able to align their shots due to very short reload speeds. Nevertheless, the player should move around the map when playing the AMC.34 YR especially in realistic battles. If the enemies don't know your position, they can't shoot you - and you can't take any chances. 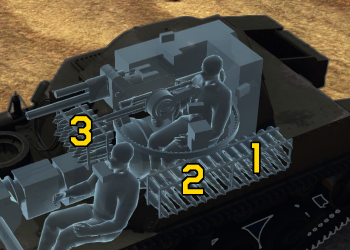 Ammo racks of the AMC.34 YR