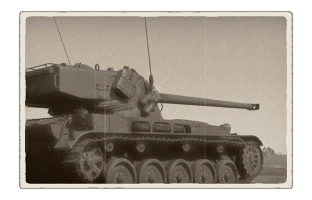 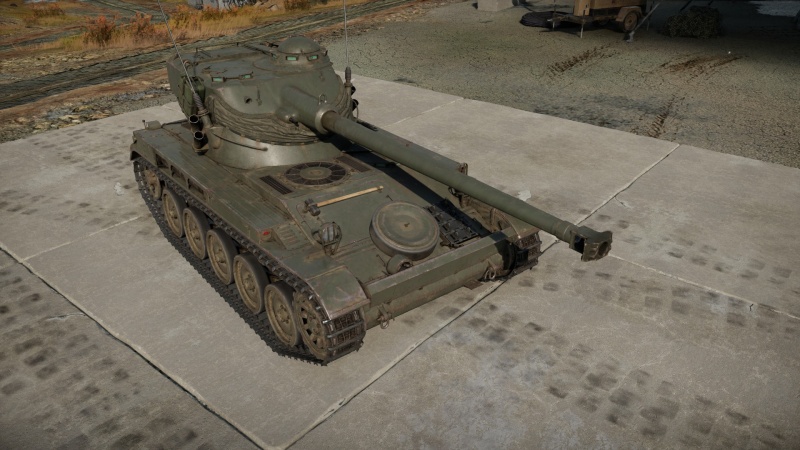 The AMX-13 is a rank IV French light tank with a battle rating of 6.3 (AB) and 6.7 (RB/SB). It was introduced in Update 1.75 "La Résistance". The AMX-13's chassis is the mainstay of France's light tank technology for the post-war period and this one is its most iconic iteration as it is mounted with the FL10 turret. This vehicle is one of the best light tanks at its battle rating, capable of fulfilling many roles on the battlefield.

Ammo racks of the AMX-13

The gasoline engine produced 250 horsepower, and the manual transmission had five forward and one reverse gear. The suspension was of the torsion bar type. The drive sprockets were in the front, return rollers in the back, and there were five road wheels and four return rollers. The AMX-13 could reach a speed of 60 kph, and it had a range of 400 kilometers.

In the 1960's, the AMX-30 entered service. AMX-13s were used during the decolonization war in Algeria (1954-1962), although they saw little combat due to the lack of opposition and the terrain. After the French AMX-13s were up-gunned with the 90 mm gun, they often saw service in foreign theatres of operation due to their relative inexpensiveness. The AMX-13s were decommissioned and put into reserve starting in 1985.