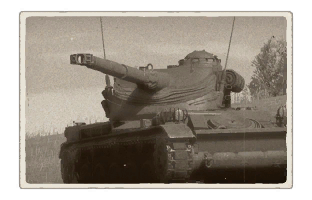 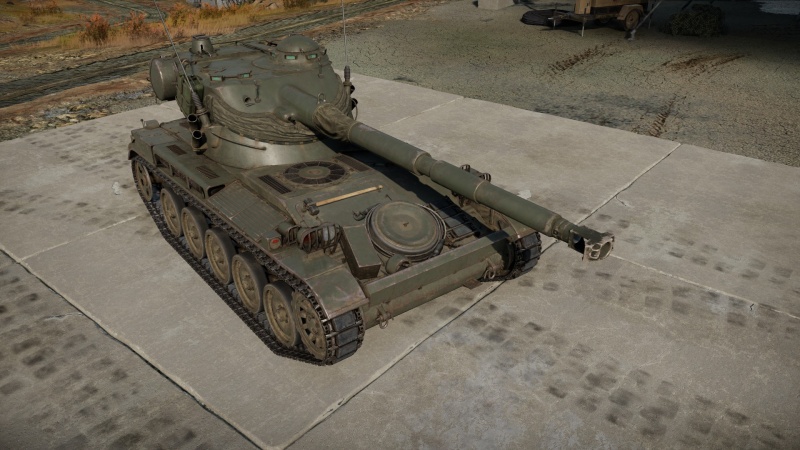 The AMX-13-90 is a light tank, and a good one if you keep on scouting. Its low profile and good mobility are your best allies if you want to make good use of its 90 mm HEAT-FS shells, especially with its autoloader. Always flank, scout as much as possible and only shoot when you're sure no one is waiting for you to come out of your hiding. Most cannons above 20 mm will penetrate and destroy this very fragile vehicle and its small crew, so do your best to avoid being shot at. 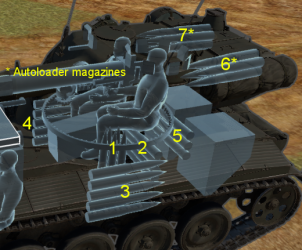 The AMX-13-90 was an up-gunned version of the French AMX-13 light tank. In 1964, a prototype for a modernized AMX-13, called the 2E, introduced a 90 mm gun and also reduced the amount of return rollers from four to three. A second prototype with the 90 mm gun was built, called the 2F, introduced a thermal sleeve and reduced the return rollers to only two.

The AMX-30 was planned in 1962 to replace the M47 and M48 Patton tanks of the French Army. As such, it was decided to modernize the AMX-13 fleet, as well as to produce new vehicles. The modernization began in 1964, and it included the 90 mm DEFA D921/F1 gun and many vehicles also received SS-11 wire-guided anti-tank guided missiles (ATGMs) mounted on racks above the gun base.

The 2E and 2F prototypes led to the introduction of the production version, the AMX-13-90. The only significant change from the AMX-13 to the AMX-13-90 was the 90 mm F3 gun in a modified turret. The F3 was similar to the 90 mm DEFA D921/F1 gun of the AML-90, but the barrel was much longer. It therefore had a much higher muzzle velocity even though it used the same ammunition as the AML-90.

The French Army received most of the original 75 mm-armed version, with about 3,000 entering service. They were assigned to the regular armored units, which were mostly filled with M47 and M48 Patton medium tanks at the time. AMX-13 squadrons had four tanks, and were split into two sections of one infantry section and one light tank section each, along with an ammunition truck and command vehicle. These squadrons were used for screening and reconnaissance, locating enemy forces and engaging them. After the first section had engaged the enemy and was reloading, the second section engaged the enemy. The process of alternating reloading and firing between the sections allowed the tanks to hold off the enemy until medium tanks arrived.

During the '50s and '60s, the AMX-13 light tank was considered to have underwhelming firepower when compared to certain other tanks fielded by other nations. To remedy this, several modernization and upgrade efforts were launched which focused primarily on improving the killing potential of the AMX-13. Some AMX-13s were equipped with different types of ATGMs, whilst others, like the AMX-13-90, received a larger caliber cannon with improved ballistic properties. In case of the AMX-13-90, the tank received, as the name already suggests, a 90mm CN 90 F3 cannon, which boasted increased penetrating power and allowed the AMX-13 to engage targets at longer distances too.