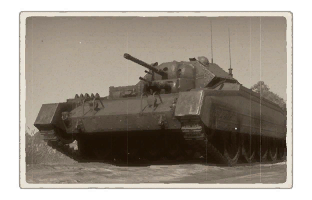 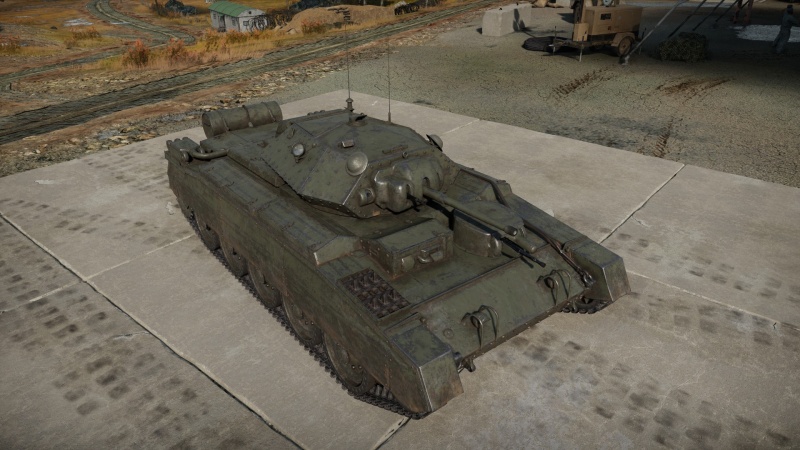 The small calibre of the BESA machine guns makes them largely ineffective against all armoured vehicles but the ones with an open compartment. They still can be used to ping targets as a rangefinding help or to mow down minor obstacles blocking your line of sight.

The Crusader Mk II is a quite effective low-range light tank, it is equipped with a fast firing 40mm cannon, which is excellent at taking out tanks with a cramped interior and the crew close to each other, very fast reload, gun stabilization and its good handling makes up for shell doing not so much damage because of lack of the good explosive filler compared to other tanks in its battle rating range and even the last unlockable shell can take out enemy tanks so easily.

Since it is a light tank it does not have so much armour, driving and fighting in the open field should be avoided whatever it is possible, unless there is enough of cover or the terrain shaped in a way so it is possible to use the hull down tactics at which this tank excels, because of its very low profile, excellent good elevation and the turret shape which makes it hard to hit.

The combination of manoeuvrability, quite high speed and good acceleration makes it good at flanking and rushing the enemy positions, max speed could seem to be inferior to other light tanks and make think that it is not a good tank, but it is compensated by its acceleration, it can get to the high speed very fast and the turning ability is very good at any speed, except for moving in the same place, tank is also very stable and pleasant to drive.

Any frontal engagement with the enemy SPAAG units should be avoided, it can work only at the long distance and when flanking them. Dealing with other light tanks should not be an issue, the 40 mm cannon lacks in accuracy but the reload speed if fast and hitting the target should not be an issue at the close distance. Fighting against the medium tanks and other bigger vehicles could be a problem, against them is always required to know the crew position in the enemy tank and aim for them and since all available shells do not a lot of damage in most cases only one crew member will be falling unconscious, this means destroying the medium tank can take a lot of time and make you and your position exposed to the enemy team, long range engagements against them should be avoided.

The 1st Free French Tank Company was equipped with 14 Crusaders in October, 1942. Each section of 3 had 2 Crusader IIs and 1 Crusader III. They would use these vehicles until May, 1943.