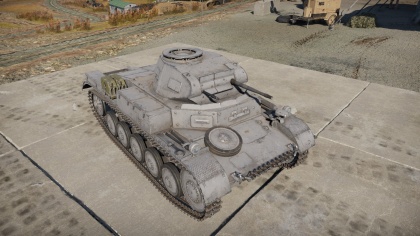 Mobility-wise, the Pz.II C is actually better than most of its peers, but the BT series tanks and M3 Stuarts will still outpace the Pz.II C quite easily. Regardless, the Pz.II C can get around the battlefield quite respectably, and the vehicle's power to weight ratio makes it easy for the Pz.II C to go up steep inclines than larger, heavier vehicles. However, Pz.II C is not going to outrun a pursuing enemy team, so locating good cover is immensely useful for the Pz.II C's survival.