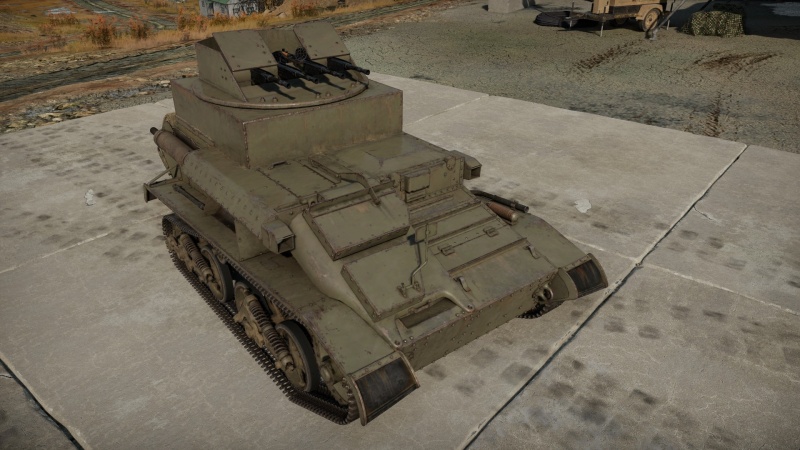 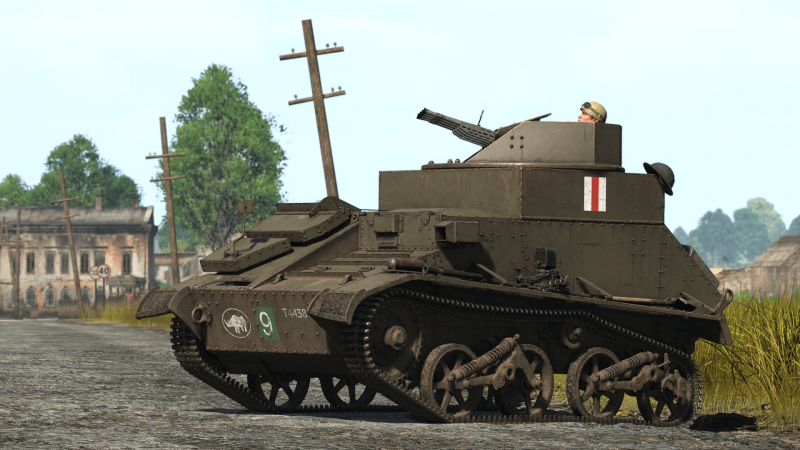 This tank makes for a good entry-level anti-aircraft vehicle; good speed, manoeuvrability and a devastating short to medium range AA weapon. This vehicle should be used in the rear echelon of an assault, watching the skies for incoming bogies. However, the real ace is that the guns trade accuracy for sheer volume of fire, filling the skies with a hailstorm of bullets that can discourage bandits from lining up on an attack run. However, anything beyond effective range won't be struck down effectively.

The Light AA Mk I has very little armour. Most of the hull has 14 mm of armour, which is sufficient only against rifle-calibre rounds. However, the gunner is exposed to machine gun fire, and being that there are only 2 crew members, if he dies, the entire vehicle is destroyed. This means even enemy machine guns can kill you if they hit your gunner. You may be able to somewhat protect the gunner by aiming upwards with the machine guns, but this is not reliable. In any case, the Light AA Mk I is vulnerable to any vehicle in the game.

The Light AA Mk I is decently quick and manoeuvrable, and its small size allows it to fit into areas many other vehicles cannot. It can easily get around the map, and can quickly take cover from aircraft or other tanks when necessary. However, it is too light to drive through many obstacles easily, such as walls and small trees, and its suspension is too bouncy to allow it to fire with much accuracy while moving.

The four BESA machine guns the Light AA Mk I is armed with can be devastating to open-topped vehicles thanks to their high rate of fire, but they are completely ineffective against anything with armour. They are also less effective and less accurate over distance against planes than the cannons or heavy machine guns most other anti-aircraft vehicles are armed with, although a well-placed burst will still tear apart the biplanes you are likely to face. Each belt is large enough to enable sustained fire, allowing you to compensate for your poor accuracy through sheer volume of bullets. 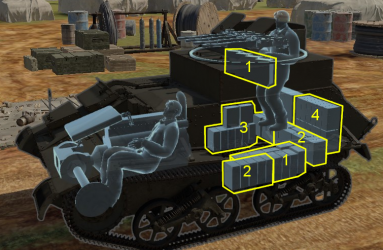 Ammo racks of the Light AA Mk I

The Light AA Mk I is a very vulnerable vehicle, so commanders should be careful not to expose themselves to enemy fire. Take care to find a position where you will not be seen by enemy ground vehicles, and watch the sky. Due to the low velocity of the machine guns, the Light AA Mk I should not open fire until the enemy plane is very close, probably within 1 km. If you begin to fire while the enemy plane is out of range, they will likely change course and stay away from your position. Also be wary if there is more than one enemy plane up, as you can easily be strafed to death by machine gun fire. Once you have a good shot on the enemy plane, the 4 machine guns are capable of dealing more damage than one might expect. You can down most aircraft quite quickly, although twin-engine fighters and bombers will take longer to destroy.