Battle of the Chinese Farm

On the 6th of October 1973, Israel was attacked by a coalition of Arab States. The unexpected attack had some short-term success, on the third day the Israel Defense Forces knocked the enemy out of the strategically important Golan Heights and moved towards a counteroffensive that pushed the aggressors to the Suez Canal.

Although the debut of modern M60A1 tanks and confident Israeli actions helped to turn the tide of the war, the short front line was a big problem for both sides in the conflict. Battles in the “Doomsday War” were conducted from a minimum distance and with the participation of a large number of soldiers.

On the 17th of October during the counter-offensive, Israeli forces crossed the Suez Canal and secured themselves on its west bank. Egyptian commanders began a counterattack in the agricultural farm area which the Israelis had marked on their maps as a "Chinese farm" because of the hieroglyphs on purchased Japanese units. In the war which lasted just over two weeks, this was a battle that went down in history as the most massive tank battle since WW2. 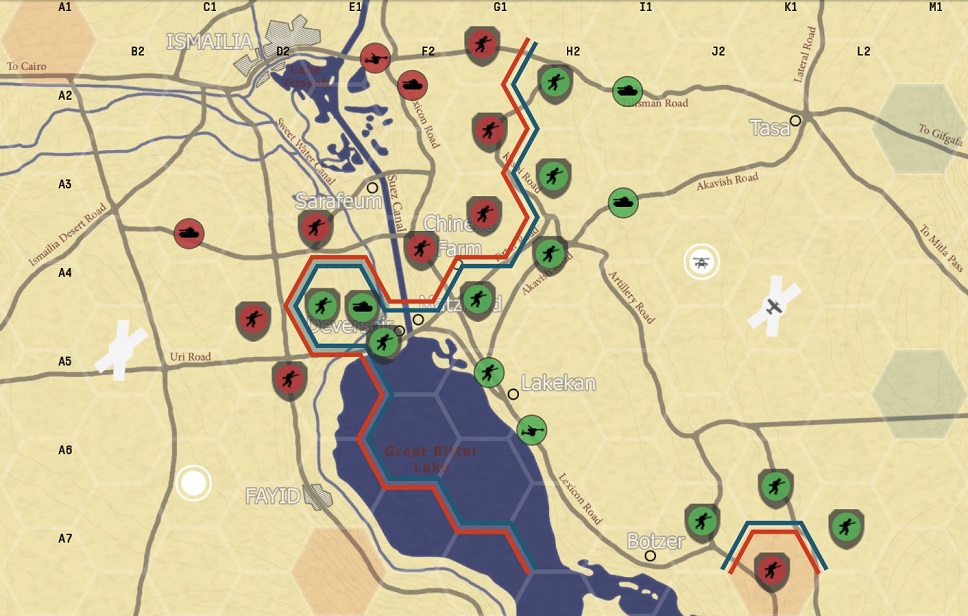