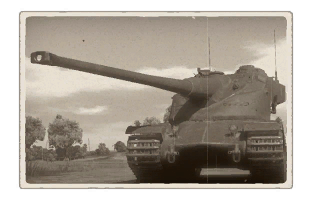 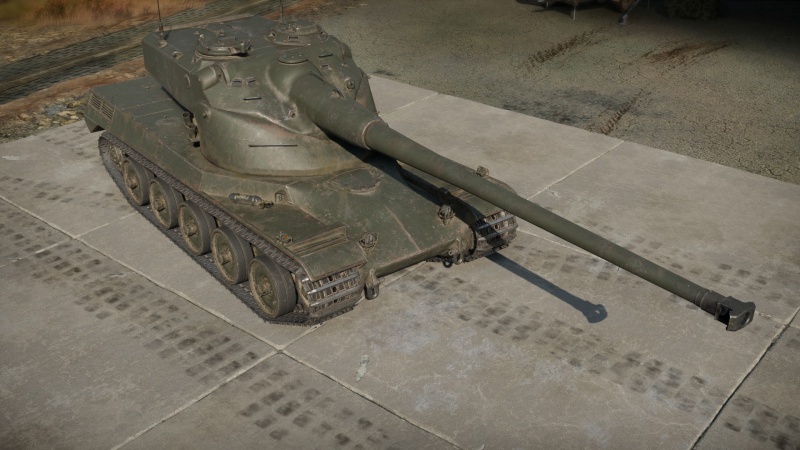 The AMX-50 Surbaissé is a rank V French heavy tank with a battle rating of 7.7 (AB/RB/SB). It was introduced in Update 1.75 "La Résistance". On the battlefield, the vehicle is very easy to recognize due to its shape which simply cannot be mistaken for another French tank.

The AMX-50 Surbaissé differs from every heavy tank in its general playstyle, since it has rather thin armour which will not protect it against incoming enemy fire, you have to use its medium tank like mobility to perform deadly flank attacks which will often prove very catastrophic for the enemy team. Indeed, since you can keep up with most medium tanks and even outpace some, especially the British medium tanks, many enemies will find themselves completely caught off guard and at the mercy of your autoloading 120 mm gun which will allow you to kill one tank every 6 seconds. The tank is also a great long-range sniper (1,500 meters and beyond) as it comes equipped with a rangefinder that will allow you to range very quickly distant targets and deliver accurate shots upon them, also at such distances, your armour will start to be difficult to penetrate for most lower rank gun you'll encounter. Overall this tank, while being a heavy tank, is not meant to be played as such since it does not behave as such. You must use your mobility and your accurate fast-firing armament to prove effective against the enemies you'll come across

120 mm SA46 cannon
Autoloader
Automatically feeds projectiles into the breech. The speed does not depend on the skills of the loader
Ammunition38 rounds
First-order19 rounds
Reload6.0 s
Vertical guidance-8° / 14°
Main article: SA46 (120 mm) 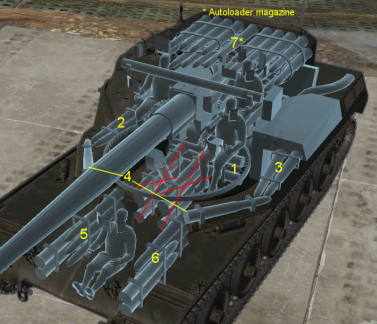 Ammo racks of the AMX-50 Surbaisse

As mentioned previously, the AMX 50 Surbaissé is not heavy, that probably is something you'll learn the hard way while playing your first matches in this tank. You have to play it like a medium tank and you always should try to look for a good flanking route that will eventually get you to a spot where you'll be able to decimate several tanks of the enemy team from the side of from behind. As a result, this tank requires a lot of forethinking before deciding which way to go and this decision must be taken in accordance with the map but also in accordance with what nation you face. The tank can also be used as a very effective long-range sniper especially in down tiers. The combination of fast-firing 120 mm gun and rangefinder can prove very effective especially at a range over 1,500 meters where your armour will start to matter especially against a lower-ranked opponent such as Tiger II's. To turn this vehicle into a deadly sniping machine, it is very much advised to bind rangefinding keys and sight adjustment that are intuitive to you. In this way you will be able to range targets and adjust the gun very accurately in such a way that, with practice and discipline will grant you the ability to deliver shots in a "Point aimed, Point hit" fashion.

Every enemy you can encounter which do not result from deliberate up tiers from the enemy can and will easily get through your armour. The tank's armour cannot withstand guns that are more powerful than the German 7.5 cm KwK 42 or the US 90 mm M3 gun