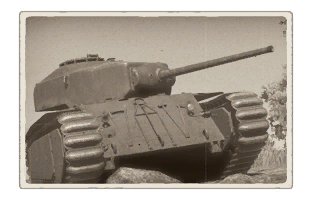 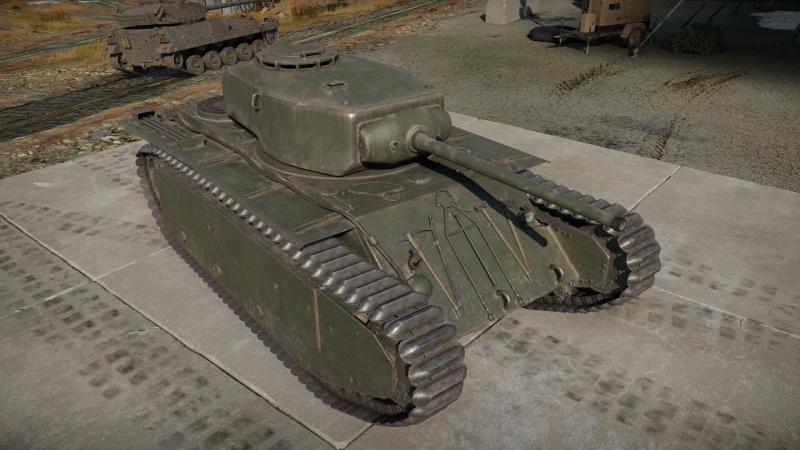 The ARL-44 (ACL-1) bears very distinctive characteristics, with a WWI-style track system (similar to the Churchill) which runs across the whole side of its chassis. This tank is a mix of different inspirations, mainly late war German tank technology such as the Panther series or the Tiger II, from which it takes its slope frontal armour and tall profile. As France was reviving from WW2, its engineers were hard at work to catch up with tank technology, the ARL-44 series was a training ground for them. This is why this tank has rather weird design choices, coming from both experience and experimentation.

The armour on this version of the ARL-44 is average as it can be penetrated by most foes it encounters up close from the front: with 60 mm at 48°, it is similar to a M4A3 (105). With that in mind, this tank should be kept a fair distance from the frontline. In order to put this "land battleship" to good use, it should be angled at about 25° facing towards the enemy. An even better way to maximise its armour is by keeping an hull-down position, using its -10° depression : turret armour is ~100 mm thick, with a bit of distance and angle, most rounds will not penetrate.

Be advised that this tank has 3 main ammo racks: between driver and machine gunner, in the turret's back and in the plain middle of the right track, shooting them down can be an easy ammorack explosion. Another thing to consider is this tank's large elevation mechanism, a penetrating shot to the tank's center of mass may damage or disable it, making it very hard for this foe to return fire.

At 47 tons, this is not a light tank, even more so that its tracks have bad ground traction. What saves this vehicles from feeling too slow is its 954 HP engine, capable of maintaining its top speed even when climbing slight hills. Do not expect too much from this tank, especially in highly inclined and soft terrains. Don't forget its reverse speed of only -4 km/h won't get you out quick of the situations: don't overextend.

When compared to other tanks at the same battle rating, it has the same characteristics as other medium tanks' gun, the weak points being its lack of explosive filler and the long reload time. 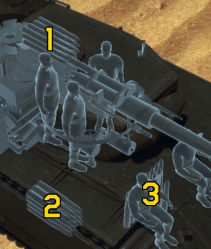 The ARL-44 (ACL-1) is a relatively well armoured vehicle and should be played as a support tank: take advantage of your strong armour to shrug enemy fire off from a distance while answering with well placed shots. Your frontal glacis and turret armour are strong enough to resist most enemy guns beyond 500 m. But there are weak spots your opponents will prioritize: the front glacis (if not properly angled) and the turret cupola. Refrain from rushing towards the frontline: your sides are weak and your turret traverse speed is slow so avoid close combat. Staying at a distance from the frontline will also prevent from being taken in a pincer move. Your gun has a good penetration power allowing you to stay at a distance but the lack of explosive filler is detrimental to your performance as you'll need two to three shells to take down enemies. Your reload time is a bit longer than most opponents, so aim precisely and make every shot count. Your mobility is rather poor, with a rigid suspension, outdated tracks and a long and cumbersome chassis. Terrain irregularities will make you slow down and hinder your progress. Position your hull carefully when getting to a shooting spot to avoid hull twitching that will impact your targeting process. 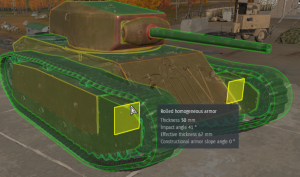 This piece of armour will detonate the shell, leading to the knock out of at least 1 crew member 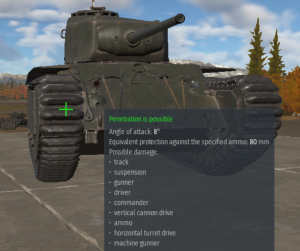 As seen through protection analysis, this weak spot only has an effective thickness of less than 100 mm, meaning almost any tank can reliably penetrate there

Main article: History of the ARL-44

The ARL-44 (ACL-1) was the initial variant of the ARL-44 in 1944, with a 75 mm SA 44 gun, a 60 mm sloped front plate and an ACL1 turret designed by the shipyard "Ateliers et Chantiers de la Loire". Isolated from the latest evolutions of tank design, the tank was deemed too weak and sent back to the drawing board to equip the tank with better armour and firepower. The design evolved towards the known version of the ARL-44: a 90 mm gun, a Schneider turret and a 120 mm sloped front plate. While 60 ACL1 turrets were ordered, the ARL-44 (ACL-1) never made it past the prototype stage.