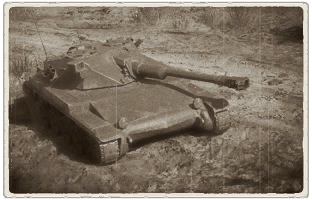 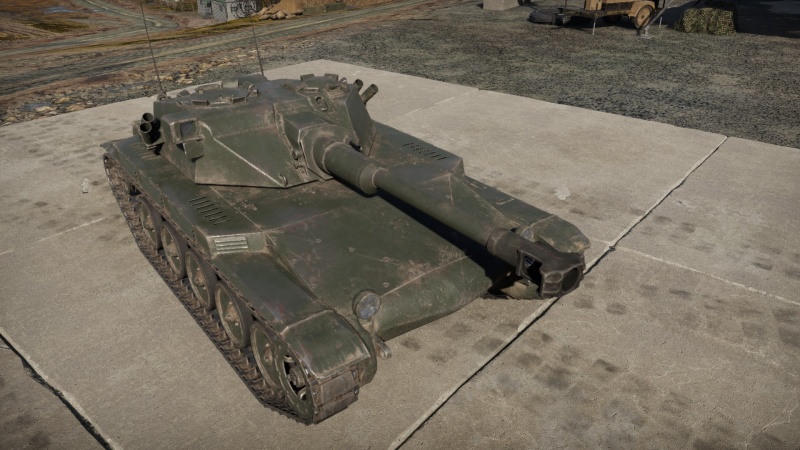 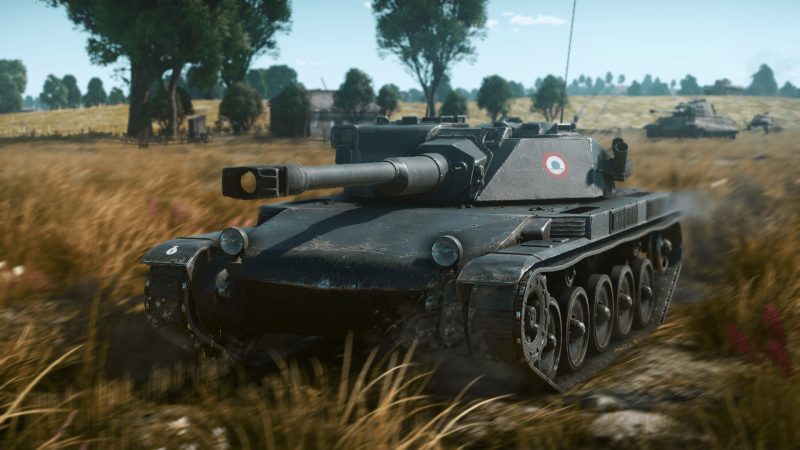 The ELC bis' armour is only sufficient to protect against small arms fire, and the 2-man crew means there is little chance of survival if shot at. In particular, while the front hull armour and parts of the front turret armour are sufficient to protect against .50 cals, there are weak spots on the front turret with an effective thickness as low as 13 mm, notably around the driver, making any encounter with vehicles equipped with .50 cals potentially deadly, even at up to 1500 m. The ELC can survive low shots however, as both the engine and transmission sit in the front of tank, and thus can absorb most of the damage if directly hit.

The ELC bis has a formidable top speed of 87 km/h (AB) and 80 km/h (RB/SB). However, it suffers from poor acceleration and speed retention through turns, which is particularly noticeable in RB/SB, where the ELC will in practice only reach 60 km/h at most even when fully upgraded. Thus, its mobility on the battlefield is comparable to the American M50 and M56, which both stand at the same BR. The reverse speed is only of -10 km/h, too slow to escape dangerous encounters, which is something players must keep in mind when engaging enemies. In contrast, the ELC bis has a particularly good power-to-weight ratio, even when compared to other light vehicles at the same BR.

The 90 mm D915 cannon is unsuited for long range due to the poor ballistics of the HEATFS, and fails to make up for it in close quarters due to the average reload time. In addition, stabilizing the gun after stopping takes a few seconds, making snapshots impossible. 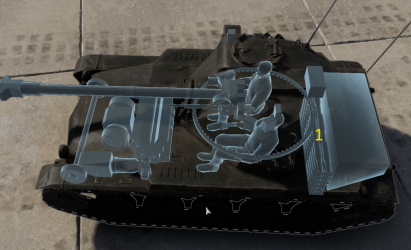 Ammo racks of the ELC bis

The machine gun can only clear light obstacles, its primary use is to clear fences or other elements that would otherwise make your HEATFS shells detonate before reaching the target. Vehicles with exposed crew aren't particularly common at the ELC's battle rating, the main vehicles the ELC encounters where the machine gun can prove useful against are the American M42 and M56.

Despite looking like one, it is important to remember that the ELC bis is not a light tank. It is strictly a tank destroyer, a fact highlighted by the absence of the scouting ability. The ELC bis is mobile but is generally slower than other light vehicles of the same BR, thus it is not really able to capture points early-on. The ELC excels in camouflage and in taking spots normally unattainable, and the gameplay generally revolves around this. The ELC bis is best unseen: .50 cal MGs, which are common at the BR, can penetrate weak spots on the front turret and immediately knock out the crew. In addition, the reload speed being simply average makes engaging multiple enemies not desirable. But in RB and SB, that is where the ELC's top-notch camouflaging ability comes into play, as the ELC bis can take the time to choose its targets carefully and patiently wait for the right time to strike. The slow reverse speed can be deadly if an engagement turns out dangerous, but this can be alleviated with a promptly-timed usage of the smoke grenades.

HEATFS being the ELC's only available shell, large tanks can be hard to deal with, but in particular, extra care is required against the Centurion Mk.5 AVRE, as its ERA armour is extremely efficient against HEATFS rounds.