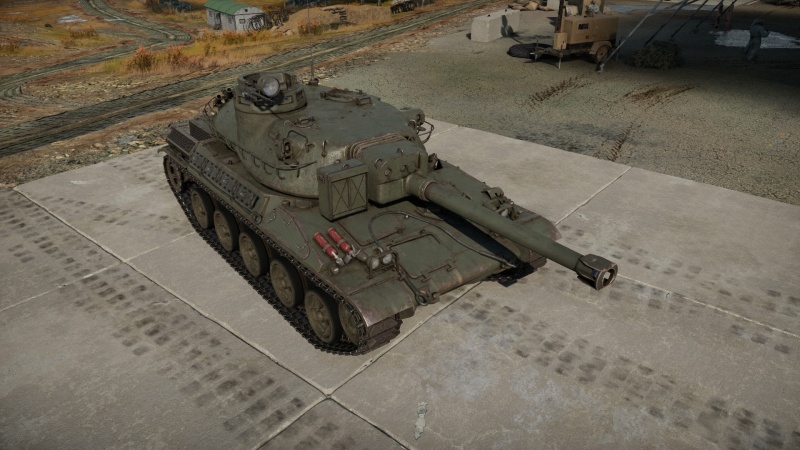 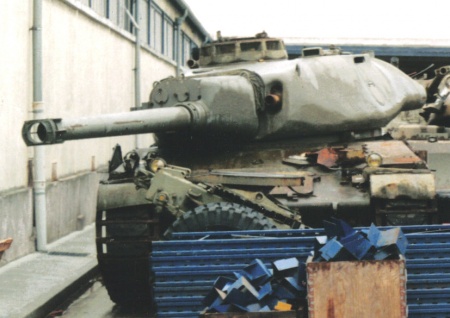 The AMX-30 ACRA was a prototype modification of the AMX-30 main battle tank developed in the late 1960s for the French army. Similar to the American M551 Sheridan, the prototypes were fitted with a 142 mm cannon to fire the prototype missile "Anti-Char Rapide Autopropulsé" (Self-Propelled Rapid Anti-Tank Missile), or ACRA in short. The vehicle was also fitted with an enlarged turret capable of fitting larger-calibre cannons of 120 mm. The prototypes were cancelled in 1972 due to rising development costs for the ACRA missile, which was later replaced by the HOT ATGM.

The AMX-30 was a highly successful French main battle tank (MBT) of the 1960s and 1970s with over 3,000 vehicles built in total. The AMX-30 family served as the main French MBT until the introduction of the Leclerc MBT in the 1990s; as well, a myriad of variants were created including anti-tank and anti-aircraft versions (such as the AMX-30R Roland missile battery). One of the most unique anti-tank variants was the AMX-30 ACRA, centred around the ACRA ATGM.

The ACRA, or Anti-Char Rapide Autopropulsé (Self-Propelled Rapid Anti-Tank Missile) was a prototype French anti-tank missile system designed to destroy enemy tanks. The missile was fired from a 142 mm smoothbore gun and accelerated to a speed of over 2520 km/h during flight. The weapon could be fitted with a 2 kg shaped charge warhead or a similar high-explosive warhead for use against personnel.

An AMX-30 was specially modified with an enlarged turret to fire the ACRA missile, along with a 142 mm smoothbore cannon that could also fire HE ammunition. The vehicle's enlarged turret could've also accommodated larger cannons such as a 120 mm cannon. Despite this, the weapon system had key limitations - primarily, the cost of the ACRA missile had skyrocketed to over 1 million francs per shot. As well, the missile could not be fired from helicopters, further limiting its effectiveness in battle. As a result, the ACRA missile system was cancelled in 1972, marking the demise of the AMX-30 ACRA. The role of the ACRA missile system would be fulfilled by the HOT, a more versatile ATGM fired from both ground vehicles and helicopters.