Difference between revisions of "CL-13 Mk.4" 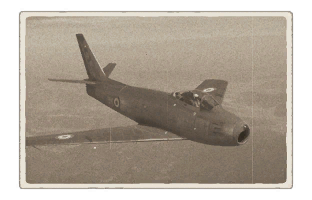 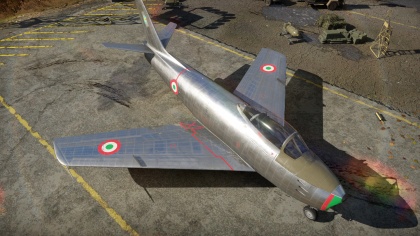 The vehicle itself has some characteristics of flight.

The plane isn't the best at survivability due to having very few armor around the cockpit, but it does have strong spots as well, such as a 38 mm bullet proof glass which can save you from some head-ons. 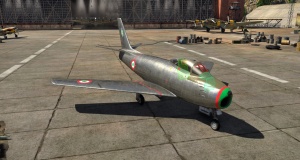 It is armed with 6x American 12.7 mm (50 caliber) browning machine guns with 300 rounds each, carrying a total of 1800 rounds of ammunition.

The CL-13 Mk.4 is rather a different Sabre to play, as well as difficult, since at battle rating 8.7 ,the armament on board is not the most effective at your disposal, so the gameplay CL-13 Mk.4 is better used as a support-fighter role, because even if you might not have the armament for head-ons, you can always count on your teammates in a good ol' fashioned bait.

But of course, it has some pros and cons

The CL-13 Mk.4 is not like any other Sabre in the game, and as any other F-86 within the game, they all have their pros and cons.

-The General Electric J47-GE-13 engine produces minor thrust than any other Sabre, including the A-5

The CL-13 Mk.4 was not the most popular CL-13 of the Canadair Sabre line, since only 438 were produced, and 428 were given to the RAF, none of them saw actual combat.