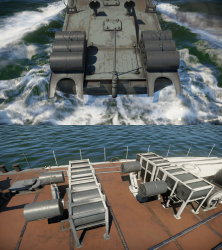 Though very situational, any depth charge that detonates close enough to a boat, or even a destroyer, is usually enough to sink or cripple it. The radius of fragment dispersion is 114 m (374 ft) and the max armor penetration of high-explosive action is 98 mm. 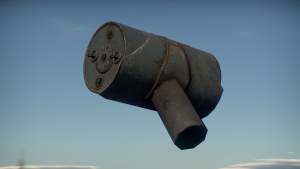