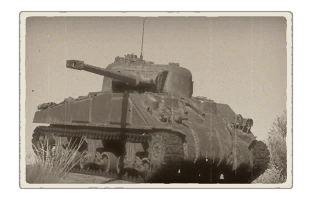 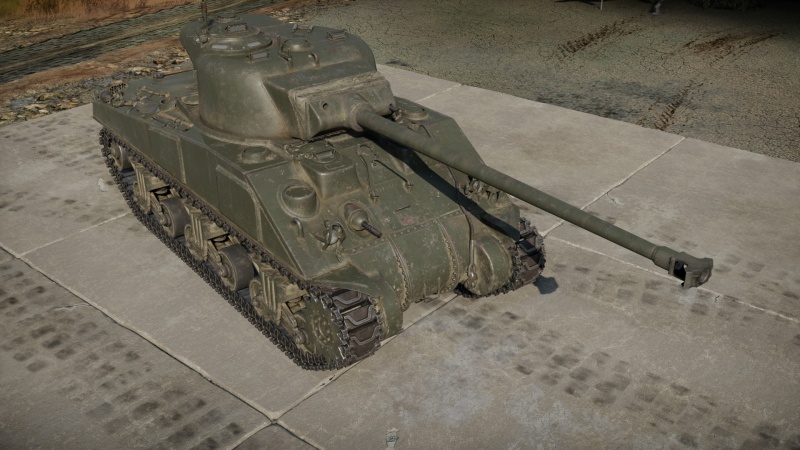 The M4A4 (SA50) is a rank III French medium tank with a battle rating of 5.0 (AB/RB/SB). It was introduced in Update 1.75 "La Résistance". This tank is the equivalent to the British Sherman Firefly, it trades its top-mounted HMG and additional armour for a better main gun: the SA50 L/57 cannon, which is the same gun as the AMX-13, providing an interesting perspective to what's coming next in terms of firepower. That being said, the rest of this tank is 100% Sherman, with all its good and bad.

With its sloped frontal armour, many low calibre shells will just bounce off the Sherman, any actual anti-tank gun you will face at this BR will easily go through this relatively thin armour at average combat ranges. Keep in mind not to linger too long is front of SPAAs as there is two very convenient flat plates in front of the driver and machine gunner. As for the turret, some angles may deflect shots but don't count on it. Side and rear armour plates are vulnerable to anything bigger than HMG rounds since they are only 38 mm thick. In sum, this armour is there to provide occasional protection from poorly aimed shots and autocannon fire, but nothing more. 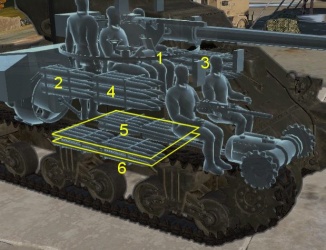