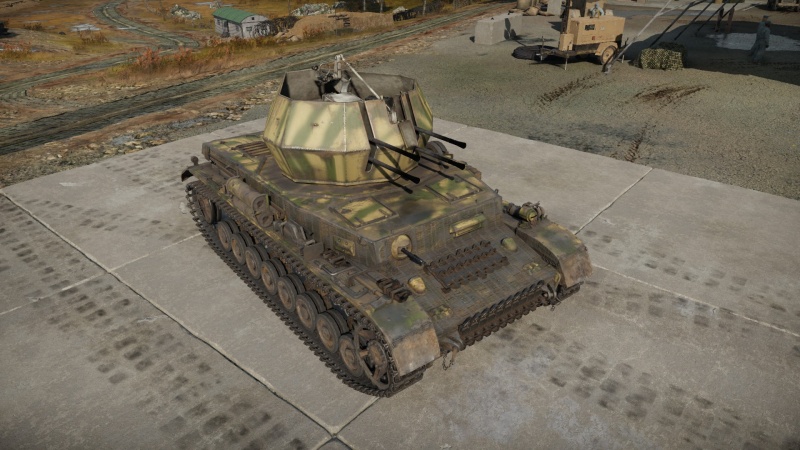 The Flakpanzer IV Wirbelwind is a rank III German Self-Propelled Anti-Aircraft (SPAA) vehicle with a battle rating of 4.0 (AB) and 3.7 (RB/SB). It was introduced in Update 1.43.