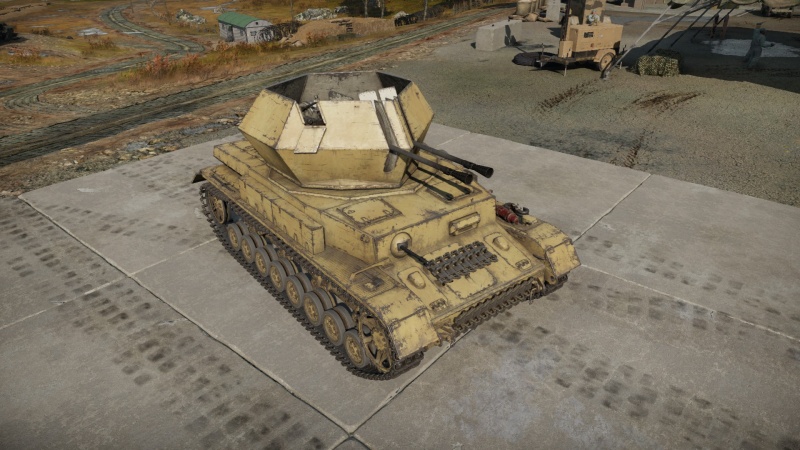 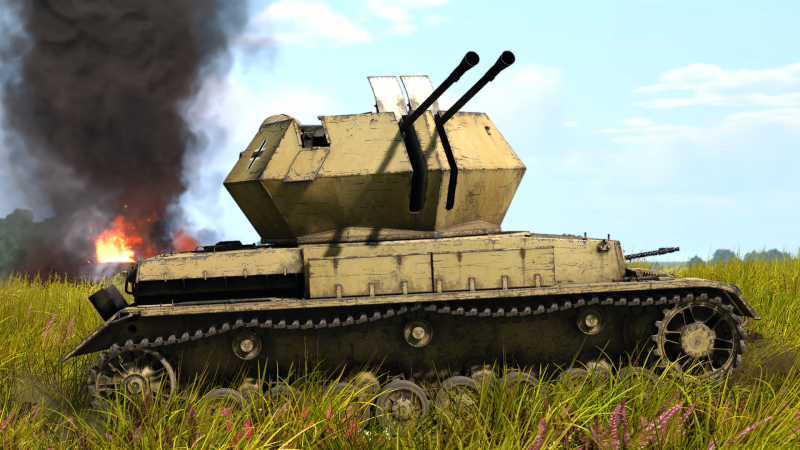 The Flakpanzer IV Ostwind II is a rank IV German self-propelled anti-aircraft gun with a battle rating of 5.7 (AB) and 5.0 (RB/SB). It was introduced in Update 1.91 "Night Vision", replacing the Flakpanzer 341 in the German tech tree.

The Ostwind II has sufficient penetrating power to destroy M18s or other light armoured vehicles, however, one should rather concentrate on enemy aircraft. The reasoning behind this is because the turret is open from above and weakly armoured on the sides, so is vulnerable to enemy aircraft fire and vehicles that carry .50 calibre machine guns. 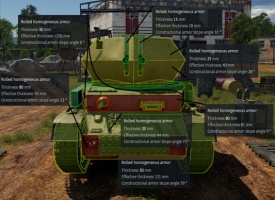 The frontal hull armour (80 mm) is quite well protected against small-calibre weapons and .50 cal HMGs, the sides (30 mm) and rear (20 mm) are not as well protected.

Since the vehicle has a crew of six, with the driver and the machine gunner/radio operator in the hull, it usually survives the first attack from enemy aircraft as well as a shot into the turret.

The Ostwind II does not have that great average speed, which means that the 39 km/h will be rare on the battlefield. Forget about trying to turn on the spot as this vehicle does not have neutral steering. Even worse is attempting to use the reverse gear (-7 km/h) which is extremely insufficient presenting an easy target if having to back out of a tight situation. 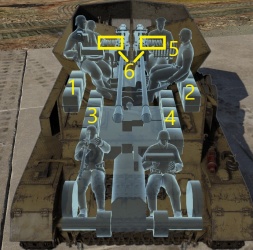 Ammo racks of the Ostwind II

The Ostwind II should be held in reserve, for towards the end of the game when there tends to be a significant amount of enemy aircraft flying. It is best to avoid the front lines or beating feet toward the enemy tanks as the Ostwind II tends to be an easy target for a majority of the other tanks in the game.

If your own team is about to lose or it gets very exciting towards the end and there are not many enemies left alive, you can place your Ostwind II inside an allied capture-point to defend it from enemy light tanks. Due to the location, it is more central to the battlefield and presents a difficult challenge for enemy aircraft to attempt to fly over.

It should also be kept in mind that if impenetrable heavily armoured enemies are encountered and you are left with no other option but to engage them, firing in a sustained manner at their cannon barrel is a semi-viable idea. This is because it is entirely possible that it will result in a damaged cannon barrel for the enemy and a chance to escape for you. Furthermore, you can target the tank tracks as well to leave the enemy both harmless and immobile which may possibly get you a kill assist if a teammate with enough firepower is nearby. Any tank with top mounted machine guns will be sure to ruin the day, as most within the Ostwind's BR range will have plenty of penetrating power to hit anyone inside your turret. Avoidance of most American and Russian armor is highly recommended due to their exterior armaments.

The Ostwind II was a development of the Ostwind. First conceived as early as October 1943, the Ostwind II saw the single 3.7 cm FlaK 43 replaced by a twinned 3.7 cm FlaK Zwilling 44 built by the Gustloff-Werke in Suhl. One single prototype was delivered to the Panzerflak-Ersatz und Ausbildungsabteilung Ohrsdurf/Thühringen in January of 1945 for evaluation purposes, but due to the rapid events of the war it was never taken into production.