Difference between revisions of "USS Barker" 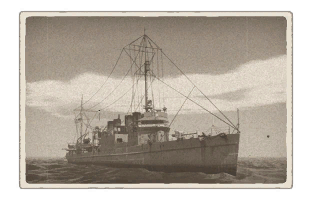 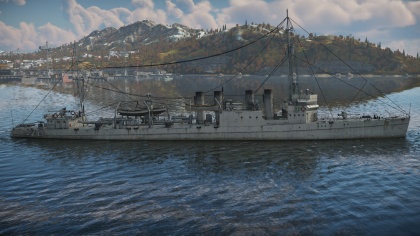 Laid down in April 1919, the USS Barker was part of the second production batch of the Clemson-class destroyers. She was completed by September of the same year and entered service with the U.S. Navy in December. In the interwar period, USS Barker visited several Turkish and Middle Eastern ports, before joining the Asiatic Fleet in the early 1920s. She cruised the Asiatic waters as well as performing patrols off the coast of Nicaragua before carrying out several visits to European ports in the late ‘20s. USS Barker was kept in the Asian theatre as part of the Asiatic Fleet until 1941, when the United States officially entered WW2 following the Pearl Harbour raid.

At the time of the raid on Pearl Harbour, USS Barker had been stationed on Borneo. Following the outbreak of hostilities between the U.S. and Japan, Barker undertook several patrol and escort missions around Borneo and the Dutch East Indies. Patrol and escort duties comprised most of USS Barker’s routine whilst stationed in the Pacific. In 1943 however, USS Barker was assigned to the Atlantic theatre as part of a hunter killer group. Despite this, the USS Barker rarely engaged in direct combat. Instead, she’s defined by her efforts of saving the lives of dozens of German sailors, who were lucky enough to survive the sinking of their vessel. From 1944 until the end of the war, Barker was mostly relegated to convoy escort duties in the Caribbean and Newfoundland. After the end of WW2, USS Barker was decommissioned and sold for scrap in November 1945, marking the end of her 26-year service period.