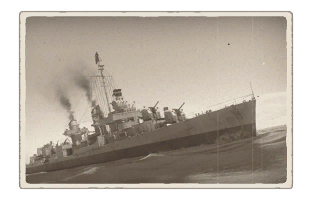 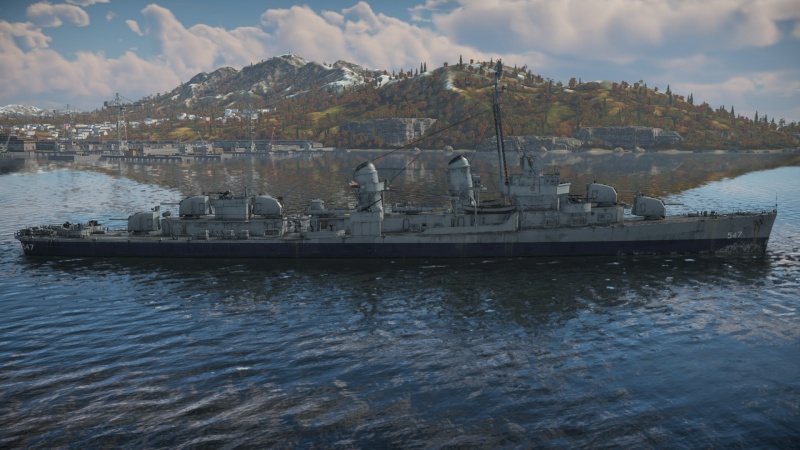 The ship was initially purchasable as a pre-order pack in the Gaijin store to access the Naval Closed Beta Test but was removed in May 2020. It was still available on the PlayStation Store until War Thunder's 8th anniversary sale when it was removed from sale. The ship was temporarily made available for purchase in-game with GE (

A Fletcher-class destroyer in the United States line, the Cowell is in the same class-line as the family ship USS Fletcher (DD-445). The first statistical difference between the Fletcher and the Cowell is the armament, with the Cowell having four more turrets of 40 mm Bofors autocannons, and having one more additional turret of 20 mm autocannons. 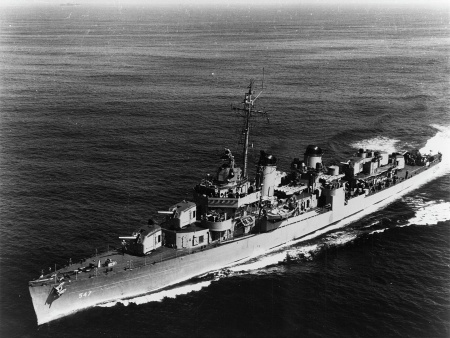