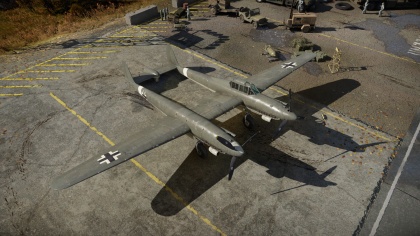 The SM.92 was an italian twin-engine fighter/bomber prototype designed and produced on 1943. It had 2 import Daimler-Benz 605 engines. It was designed to have better performance that its predecesor, the SM.91. The middle gondola got removed and the crew of two, the pilot and the gunner, were moved behind the left engine. The gunner remotley opperated a fixed 12.7mm Breda-Safat machine gun in the tail.

In-game this plane can reach over 16m/s of climb rate, and with its airspawn, that is enough to get a sufficient altitude once engagements start 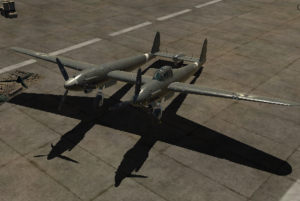 The SM.92 has a better performance that its predecesor, despite the engines staying the same. It has been made much more aeordynamic with the removal of the gondola on the SM.91 and the moving of the crew to the left fuselage, behind one of the 2 powerful Daimler-Benz 605A1 engines. Part of this improvement is also due to the change on the defensive armament, changing from a 20mm cannon with decent traverse to an aerodynamically mounted fixed 12.7mm Breda-Safat 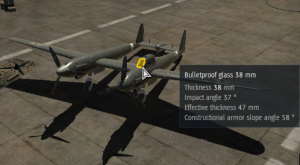