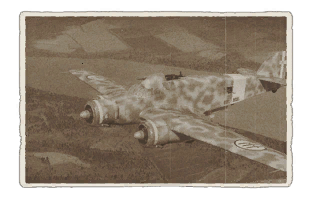 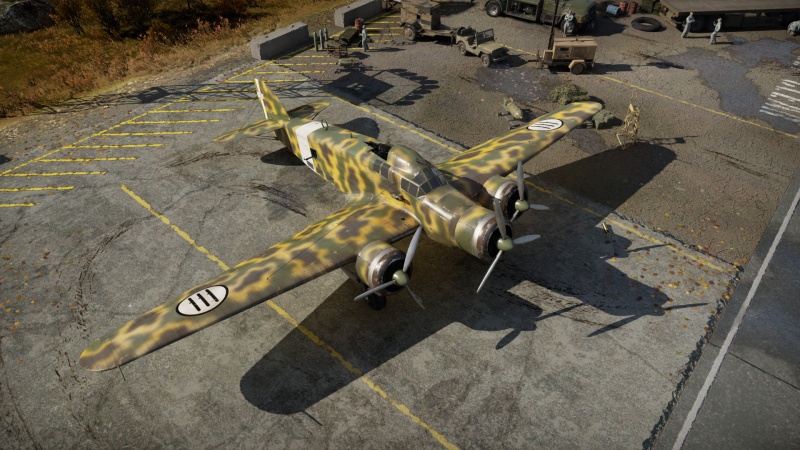 The S.M.79 serie 8 (Germany) can be outfitted with the following ordnance:

The SM.79 gradually became the Regia Aeronautica's main strike plane. In 1938, five regiments were re-equipped. That same year, about 150 "Sparviero" aircraft were in service in Italy. A year later, over 300 were in service.

Besides taking part in the Spanish Civil War, the SM.79 was used for landing troops during the invasion of Albania in 1939, as well as in Italy's attack on Greece.

In 1939, AUSA factories started releasing SM.79s. This series was practically unchanged from its predecessor, except that the exhaust pipe of the right engine was moved to the outside of the nacelle so that smoke from the pipe would not contact the fuselage.

When on June 10, 1940, Italy entered the Second World War, the Italian Air Force possessed 612 SM.79s in 14 regiments and one special group, distributed throughout the mainland and the colonies (the "Sparviero" appeared in Libya in 1939). During this period, two-thirds of all Italian bombers were SM.79s.

In addition to the combat regiments, the "Sparviero" had its own flying school. Also, about a dozen SM.79TPs (with rectangular windows and 5-6 seats in place of the bomb bay) were used as personal transport aircraft for high-ranking officers.

During the fighting, SM.79s were used day and night, attacking targets in Malta, Tunisia, France, Aden, and in North and East Africa.

In North Africa, in September 1940, four regiments of SM.79s supported the Italian attack on Egypt. The "Sparviero" was even tested as a ground attack aircraft to support troops in the field and hunt for British tanks and armored cars, but high losses quickly put an end to these activities.

On the front, some of the SM.79's shortcomings were painfully obvious. Its weak guns were located in primitive turrets which limited their field of fire, and the machine guns' characteristics were unsatisfactory (particularly their rate of fire). This, plus weak armor and lack of self-sealing fuel tanks, sharply reduced the aircraft's combat value. The huge one-piece wing was difficult to repair in the field. The aircraft's speed no longer protected it from the latest fighters; the "Sparviero" was already out of date.