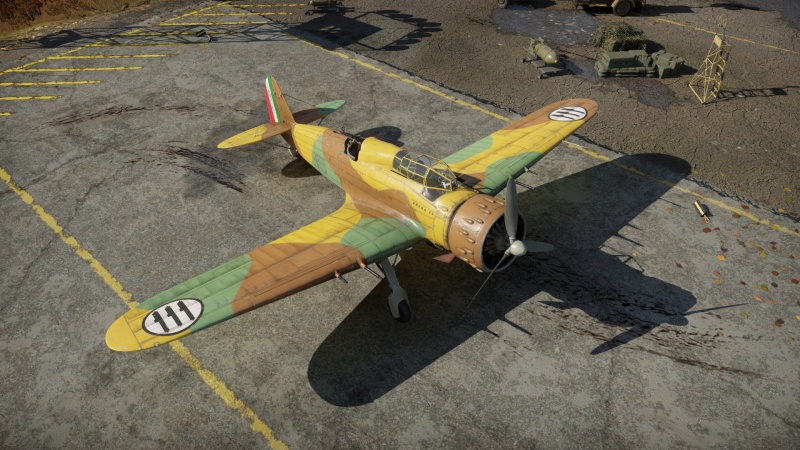 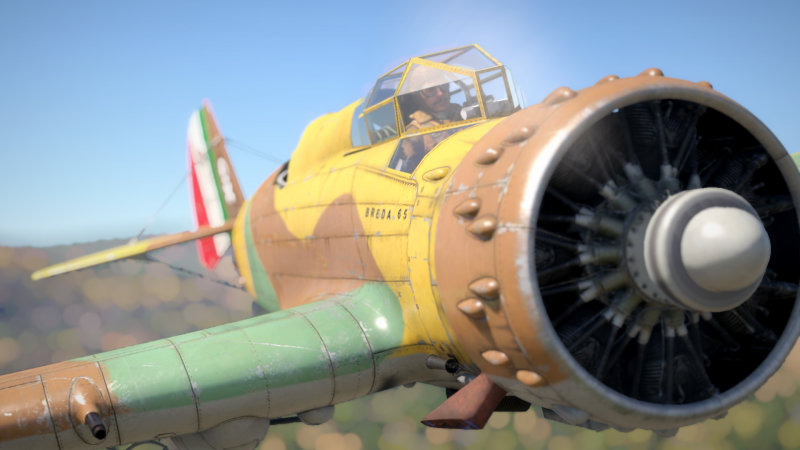 The Breda Ba.65 (K.14) L does its job well thanks to a high ammo count and the fact that it receives an air spawn in Realistic Battles (which makes up for the slow top speed). In Realistic, most of the time you will be flying against Soviet planes or on some maps, Americans and British. Your tail gunner, which is armed with a 7.7 mm machine gun, will do medium to high amounts of damage if armed with Universal belts. The 7.7 mm machine gun is more dangerous the closer the enemy gets. If you get a chance at a head-on, go for it because you will most likely win- the plane has very strong frontal armament for its tier.

The Ba.65 is able to utilize its flaps to gain combat advantages, which is an uncommon feature in low BR planes. You can use them to slow down during a strafing run to put more rounds into the target. Also, if you've mapped different keys for small calibre and large calibre guns, the 7.7 mm machine guns will be recognized as small calibre and the 12.7 mm machine guns will be recognized as large calibre, and the guns will be able to fire separately. As for payload options, the 4 x 50 kg bombs are much more useful against the light ground targets you will see at this battle rating.

Otherwise, the Ba.65 can also be used effectively in the intended ground attack role. Use its airspawn to gain speed in a dive and reach the target before enemy fighters arrive. Then, the plane's bomb load are able to take out armoured ground targets and its devastating frontal armament can kill many more lightly and non-armoured targets.