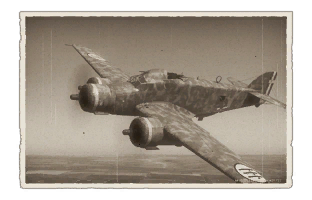 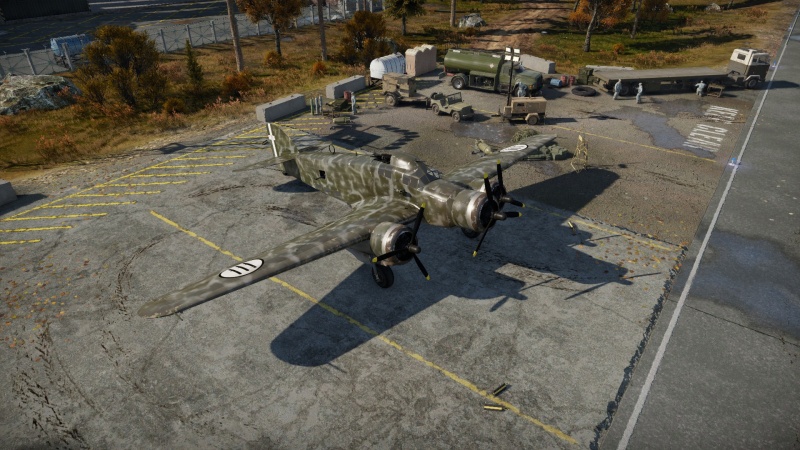 The S.M.79 bis/N (Germany) can be outfitted with the following ordnance:

Savoia-Marchetti designers proposed upgrading the outdated SM.79 by replacing its mixed design with an all-metal airframe. This would substantially reduce the aircraft's weight while increasing the strength of its airframe. But the Royal Italian Air Force chose a compromise, instead: change the power unit, but keep the SM.79's old airframe. The resulting variant was named the SM.79bis.

The new engine could not perform as well at high altitudes as the older Alfa-Romeo 126RC34, and so it was more suited for low-flying torpedo bombers. Increasing the engine's power slightly increased the aircraft's maximum and cruise speeds. The alcohol injection system, developed for the engine Alfa-Romeo 126RC34, was retained.

The ventral gondola, along with the machine gun mounted inside, was unnecessary for a torpedo bomber and was removed. When attacking, the torpedo bomber would fly just over the crests of the waves.

The empty bomb bay held an extra 1000-litre fuel tank (a 2300-litre option was also available). The plane's radio equipment and instruments were upgraded, as well.

The SM.79bis was chosen to be the standard torpedo bomber, and previously released planes were converted into the new variant.

Of the first SM.79bis planes built, a special unit was formed to attack British ships in Gibraltar during "Operazione Scoglio" (Operation "The Rock"). However, while preparing the attack, it was discovered that the fuel consumption rating of the SM.79bis engine was overstated, and the planes would not be able to fly the mission to Gibraltar from the intended starting point of Istria (in the South of France). Only two of the most experienced crews tried to fly the mission on June 19, 1943, but only one returned; the second landed in Spain, out of fuel. On June 24 the whole group carried out a raid on Oran in Algeria.