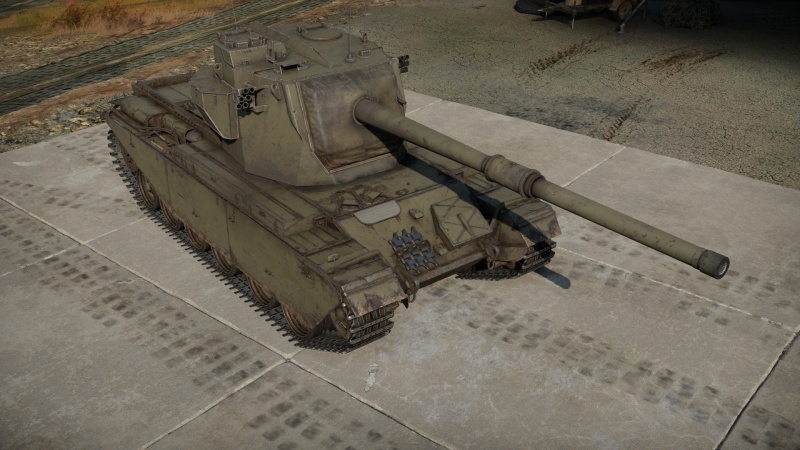 The FV4004 Conway is a rank V British tank destroyer with a battle rating of 7.0 (AB/RB/SB). It was introduced in Update 1.57 "Battle March". It is armed with a cannon developed to take on the heavy Soviet IS-3 tank. It excels in fighting the top-rank heavies.