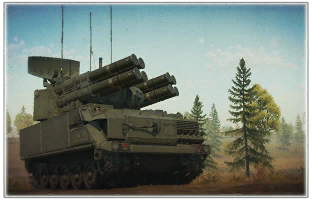 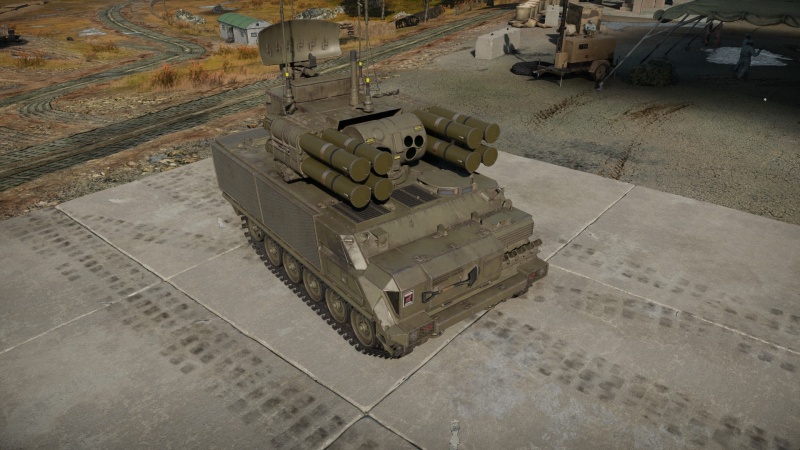 The ADATS (M113) is a rank VII British tank destroyer with a battle rating of 11.3 (AB/RB/SB). It was introduced in Update "Hot Tracks".

The ADATS (M113) was a Canadian-operated anti-aircraft and anti-tank missile carrier system, designed to engage both ground and air targets. Developed in the early 1970s by Oerlikon-Buhrle (now part of Rheinmetall), the AA system failed to see service with the countries it was intended for, namely the United States. However, the Canadian Armed Forces procured 36 ADATs vehicles based on the M113 chassis, which served with the Canadian army as anti-aircraft systems until their withdrawal in 2007.

In the early 1970s, Oerlikon-Buhrle began the process of developing a new vehicle, designed for both anti-tank and anti-aircraft defence. This vehicle would later become the ADATs. In 1979, Martin-Marietta joined the design process. The vehicle was designed to compete in the FAAD (Forward Area Air Defence) competition for the US Department of Defence, which wished to replace its interim M163/M167 Vulcan Anti-Aircraft guns and the MIM-72 Corporal anti-aircraft systems. The ADATS ended up winning the competition, beating out competitors including the Franco-German-designed Roland.

However, the ADATs encountered a number of critical issues with its operability. Namely, it had an extremely high mechanical failure rate resulting in a very low operational readiness. And, in 1990, the Cold War ended; that was the final straw for the ADATS. As a result, the US DoD cancelled the ADATS program, after almost five billion dollars of funding. Despite this, the Canadian government ordered the ADATS for their Low Level Air Defence (LLAD) program, spending 1.09 billion dollars to purchase 36 ADATS vehicles along with the necessary equipment.

The ADATS was highly unique in that it was designed for both anti-air and anti-ground defence. Based on the M113 APC chassis, the weapon system was composed of eight ADATS missiles, along with a search radar and laser missile director. The Canadian version was not fitted with the M242 Bushmaster cannon fitted to American ADATS SPAAs. The missiles themselves were laser-guided, and had a combined HEAT/HE-Frag warhead capable of penetrating 900 mm of armour. This system enabled the ADATS to destroy both tanks and helicopters from a maximum range of 10 km, or 7 km altitude.