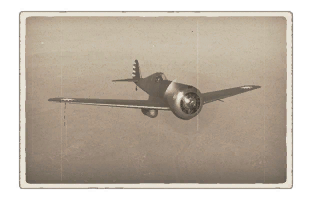 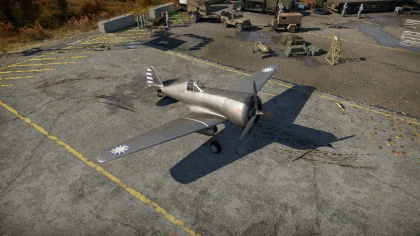 In 1938, George A. Page, head of the Saint Louis Airplane Division of Curtiss-Wright, decided to develop a fighter aircraft based on Carl W. Scott's two seater Model 19. Page's concept was a lightweight fighter interceptor with as high a rate of climb as possible in order to allow bomber formations to be attacked with minimal warning. If faced with fighter opposition, it was intended not to dogfight, but to use its superior climb rate to escape. While this was a direct contradiction to the United States Army Air Corps′ requirements for fighters (which stressed low-level performance), this did not concern Page, since the new fighter was intended for export.

The prototype first flew on 22 September 1938, carrying the civil experimental registration NX19431. Although the CW-21 was not commissioned by the U.S. military, it was test flown at Wright Field in Dayton, Ohio. The Army Air Corps immediately rejected the aircraft, with one officer commenting that it took a genius to land it.

The prototype CW-21 was delivered to China for evaluation by the Chinese Air Force. The Chinese were impressed by the CW-21's performance, and negotiation started on a Chinese purchase. While these negotiations were ongoing, the CW-21 prototype was flown in combat against Japanese bombers attacking Chungking, with Curtiss test pilot Bob Fausel claiming a Fiat BR.20 bomber shot down on 4 April 1939. In May 1939, a contract was signed, with China receiving the prototype and three complete examples built by Curtiss, as well as kits for 27 more aircraft. Assembly would be undertaken by the Central Aircraft Manufacturing Company (CAMCO) at Loiwing, near the China-Burma border. These were to be armed with two .50 in (12.7 mm) and two .30 in (7.62 mm) machine guns.

The three Curtiss-built aircraft were shipped to China in May 1940 and were eventually handed over to the 1st American Volunteer Group (Flying Tigers), who intended to use them to tackle high-flying Japanese reconnaissance aircraft. These crashed and were destroyed, due to poor visibility, on a flight from Rangoon to Kunming on 23 December 1941. Of the 27 to be assembled by CAMCO, none were completed before CAMCO was forced by advancing Japanese forces to evacuate its Loiwing factory to India in 1942.