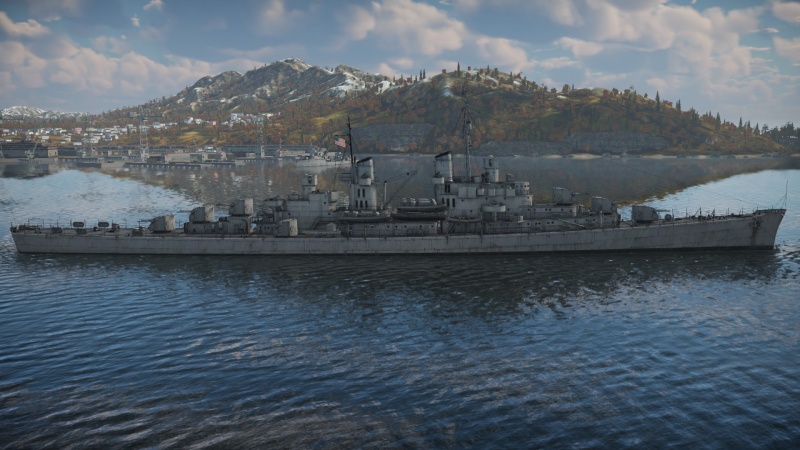 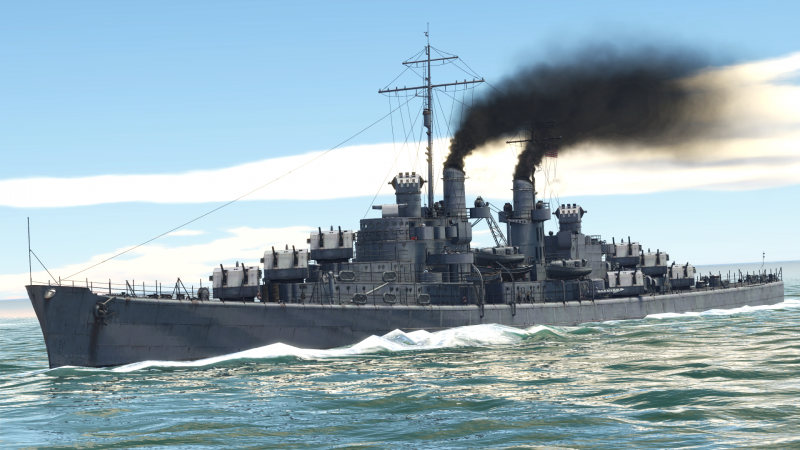 The Atlanta-class light cruisers is specifically designed by the United States Navy as a long-range "anti-air cruiser" and fulfil its roles as the first line of defence in the "screening fleet" doctrine. As such, the USS Atlanta is equipped with a large amount of dual-purpose 5-inch (127 mm) to provide a long-range ripples of anti-air shell at an enemy aircraft. Due to the small yet numerous guns, the Atlanta is specialized in close range combat and fire support, as it is capable of oversaturate the enemy ship using its fast rate of fire before they can fight back.

The Atlanta's protection is quite poor. While the ship is clad with with layers of anti-fragmentation armour (especially on the bow) and reasonable armour around the ship's internal modules, this is offset by low crew count, poor turret protection, and highly vulnerable ammunition storage.

Although the ammunition storage forward of the bridge does benefit from a layer of fuel storage in-between it and an incoming salvo, detonation of ammunition is commonplace thanks to the numerous fragile main turrets with highly vulnerable ready racks. The stern section of the Atlanta is especially vulnerable, as it has five main turrets cramped together and the rear magazine sits barely below the waterline.

Fire resistant characteristic is a mixed bag, as the Atlanta can endure prolonged fire damage with minimal crew loss, yet a fire in the vicinity of a turret has a high chance to cause a fatal ready rack detonation.

The Atlanta's handling is surprisingly sluggish when stock. Despite the relatively low weight for a light cruiser, the Atlanta struggles to manoeuvre due to her excessive hull length. Her rudder responsiveness is lethargic, and once a turn has begun, her speed dips into the 20-25 mph range. On some maps where scrambling to the island groups is necessary for lighter cruisers to evade enemy fire, the Atlanta can easily fall behind and find itself on the receiving end of heavy cruiser fire.

The primary armament of the Atlanta is 16 x 5 inch/38 Mk.12 (127 mm) guns in eight twin turrets, of which a maximum of 14 can be brought to bear on one target. These guns have a high rate of fire (up to 22 rounds per minute with maxed crew and first-stage ammo stowage). even with an untrained crew and have an acceptable quantity of high explosive per shell. The downside is a comparatively poor shell trajectory when compared to other cruisers; especially in fights over 8 km, the five-inch guns require more precise distance input compared to larger diameter guns.

The Atlanta gets access to four shell types - Mk.34 AAC, Mk. 32 Common, Mk.46 Common SP, and Mk.31 AAVT. The Common SP (essentially a common shell with slightly less explosive mass but better penetration) is typically the best pick for heavily-armoured targets such as cruisers, while the AAC shell works better against unarmoured targets due to its large explosive filler. The Mk.31 AAVT is a great option for dealing with air targets due to its proximity fuze - a single direct hit should be enough to destroy an incoming bomber.

Despite ostensibly being an anti-air cruiser, the only "true" anti-air secondaries on the Atlanta are three quad 1.1-inch "Chicago Piano" mounts. This is due to the Atlanta were designed to utilize its numerous dual-purpose 127 mm guns to provide a long-range anti-air defense.

The Atlanta is best saved for close maps like Arctic Port where her guns can eviscerate cruisers inside 6-8 km. On larger maps where cruisers engage at distances as far as 12-13 km, the Atlanta is a poor choice. She has neither the armour nor the guns to engage Hippers, Mogamis, Kirovs, or Brooklyns at longer ranges nor even the speed to place herself in a more advantageous position out of sight from the larger cruisers. 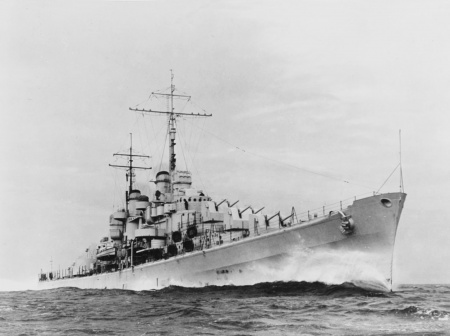